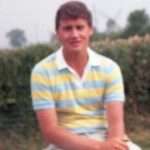 The last Ratty day came with the discovery of a forgotten building society book showing a credit balance of €300.85, the latest is even more Ratty. Ratty days are those when searches bring the discovery that one has far more than one imagined. Ratty days are inspired by lines from Kenneth Grahame’s The Wind in the Willows, still fresh forty years after the first reading.

The ever buoyant Rat and the depressive pessimist Mole have gone to Mole’s house, from which Mole has been absent for some time. They make a good fist of restoring it to a homely condition, but Mole is then hit by a dark wave.

Mole promptly had another fit of the blues, dropping down on a couch in dark despair and burying his face in his duster. “Rat,” he moaned, “how about your supper, you poor, cold, hungry, weary animal? I’ve nothing to give you – nothing – not a crumb!”

“What a fellow you are for giving in!” said the Rat reproachfully. “Why, only just now I saw a sardine-opener on the kitchen dresser, quite distinctly; and everybody knows that means there are sardines about somewhere in the neighbourhood. Rouse yourself! pull yourself together, and come with me and forage.”

They went and foraged accordingly, hunting through every cupboard and turning out every drawer. The result was not so very depressing after all, though of course it might have been better; a tin of sardines, a box of captain’s biscuits, nearly full, and a German sausage encased in silver paper.

“There’s a banquet for you!” observed the Rat, as he arranged the table. “I know some animals who would give their ears to be sitting down to supper with us to-night!”

“No bread!” groaned the Mole dolorously; “no butter, no–”

“No pate de foie gras, no champagne!” continued the Rat, grinning. “And that reminds me, what’s that little door at the end of the passage? Your cellar, of course! Every luxury in this house! Just you wait a minute.”

He made for the cellar-door, and presently reappeared, somewhat dusty, with a bottle of beer in each paw and another under each arm, “Self-indulgent beggar you seem to be, Mole,” he observed. “Deny yourself nothing. This is really the jolliest little place I ever was in.

As one of a Moleish rather than a rodentine persuasion, there is a tendency to note the half empty glasses, to see the cloud around every silver lining.

Going to the post office to post letters this morning, it felt like a Ratty day. The closure of the Church of Ireland pension scheme brought a general air of gloom among clergy; the new arrangements offer a future far less certain and have prompted voices of protest at various meetings.

Going through papers there were tax returns showing both of us having paid UK tax and national insurance for thirteen or fourteen years, which will bring some British state pension; then there were other bits and pieces paid in to other schemes at various times; then there would be the prospect of an Irish state pension, if such a thing still exists; then there would be whatever pension we might accumulate in the new scheme; on top of an aggregate of fifty-three years of contributions to the old church pension scheme since 1986; it was a moment of sardines, biscuits, sausage and beer, maybe, even, some foie gras, if not champagne.

Ratty would have thought it the jolliest of days.