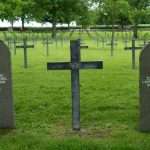 Victoria Barnett’s For the Soul of the People; Protestant Protest Against Hitler makes uncomfortable reading. Asked about his response to Kristallnacht, one vicar said, in subdued tones, “You know,” he said, “it didn’t move me colossally.” Then, his voice dropping even further, he attempted to explain:

That’s probably hard to understand. We had a few Jews in the area. There was a vet­erinarian, of whom it was reported that he had been picked up. It was also said that in S. the synagogue had burned down. But. Perhaps one had to have been in Berlin, to have seen it. At that time I was in a parish in the countryside …. Why it somehow didn’t upset me inwardly I can explain only in retrospect: that the range of vision was too narrow. We stood under observation …. I frankly admit to you that some­times you had to push yourself not to be a coward …. I had married in 1936, and then, perhaps, one isn’t so-I’m speaking unguardedly here, but I’d rather say it that way than weigh every word on the scale. When you have a child, then you’re not as courageous as the Catholic priests are, with their light luggage.

Another pastor, recalling the reaction of his parishioners, said,

Now it could be seen. The Jews were driven together here and led through the entire city, with hands raised in the air, to the Festhalle, and there they were beaten­ dreadful stories. Some people said then, “No, that’s not what we wanted.” But it was too late. No one dared anymore, really, to open his mouth.

Would reactions elsewhere have much differed?

The British had received incontrovertible evidence of the Holocaust by 1942. Not only had military intelligence accumulated undeniable proofs, but the Jewish Chronicle ran news of what was taking place. Yet the reaction was to try to avoid so unpleasant a fact.

Protestant individualism has achieved much by way of industry and enterprise and achievement; perhaps it has also tended us towards a blinkered view of unpalatable truths; towards a failure to stand as a community when solidarity has been necessary.

Martin Niemoller warned of the dangers of an individualist view of history and politics. In the version of his words he is said to have preferred:

Seventy-five years later, and how ready would we be to speak?