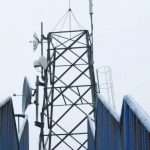 The possibilities seem endless – with a satellite dish and a digital box, the number of free to air channels runs into hundreds, so many that one can spend an evening with a remote controller and watch nothing. It is hard now to imagine the 1970s, when three channels were available.

Living in an area where signals overlapped, we would have claimed to have had six channels: BBC 1, BBC 2, HTV West, HTV Wales, Westward, and, if the weather was right, a very fuzzy Southern. Mostly, the ITV Channels were only distinct for the local news and the odd late evening programme. HTV Wales offered Welsh language programmes, not that was of any benefit to monoglot English speakers on the far side of the Bristol Channel.

Some evenings were interesting to a teenager, others less so, Sundays were the worse. A detailed schedule of the day’s viewing would appear in the Daily Mail, which was delivered to our house each morning. Reading and re-reading the programme line up did nothing to change it.

In memory, BBC 2 did heavyweight stuff; unapologetic in presenting dry, intellectual discussion programmes. Perhaps there were other things that might have been interesting, but the whole family would be sitting in the living room to watch the black and white screen, so viewing was determined by consensus.

With BBC 2 excluded, the options were limited – one or the other, BBC 1 or ITV, neither excited. Before tea there would be family programmes, sometimes adaptations of historical novels of the swashbuckling type on the BBC against stuff like The Golden Shot on the other side. The news was followed by the mandatory God slot. For someone with no religious beliefs, ITV’s Stars on Sunday was much more interesting than the dully formulaic Songs of Praise; Jess Yates would have people everyone would have recognized (and was to become interesting in his own right!).

In our house, the BBC drama series seemed the automatic choice. The music of The Onedin Line still evokes a sense of the gloom felt at the weekend drawing to a close and it is hard to imagine any programme more dull to a thirteen year old boy than The Pallisers. After the drama offering, was there always then a film before the late evening news? None remain in the memory.

The strange thing in retrospect is the power of the television to command a household. It seemed almost obligatory to sit and watch something, no matter what it might have been. The sports pages of the News of the World would have been digested before lunch and the thought seemed never to occur that library books might be more interesting than what was on the screen.

Now, despite the multitude of options, television has not such a power to hold. The thought of recording a programme never arises; when would it be watched? Anyway, it will soon be repeated. Perhaps it is the inflation of the number of channels that had devalued the programmes; perhaps television itself has lost its sheen, lacking the immediacy and interactivity of the Internet. Whatever the explanation, Sunday evenings will never be the same.