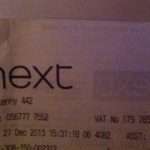 Last night’s storm had abated by the time the visitors arrived and we went to a Kilkenny café for breakfast. The walls were filled with assorted memorabilia, including a facsimile of the 1916 “Proclamation of the Irish Republic” surrounded by images of the seven signatories.

Perhaps it was Mr Buchanan’s teaching of history, his Scots upbringing made him suspicious of the English Establishment, but from teenage years there was a respect for Irish rebels. The leaders of the 1916 Rising were heroic figures.

The passing years raised questions about our naive idealism, but some of the personalities remained fascinating. There was Thomas McDonagh, the gentle Tipperary school teacher. McDonagh was one of those immortalised by W B Yeats in his poem Easter 1916.

He might have won fame in the end,
So sensitive his nature seemed,
So daring and sweet his thought.

McDonagh worked with Pearse in running a school where the Irish language was at the heart of education. McDonagh devoted many hours to working on the translation of Irish poems, The Yellow Bittern being amongst the most famous:

The yellow bittern that never broke out
In a drinking bout, might as well have drunk;
His bones are thrown on a naked stone
Where he lived alone like a hermit monk.
O yellow bittern! I pity your lot,
Though they say that a sot like myself is curst –
I was sober a while, but I’ll drink and be wise
For I fear I should die in the end of thirst.

It’s not for the common birds that I’d mourn,
The black-bird, the corn-crake, or the crane,
But for the bittern that’s shy and apart
And drinks in the marsh from the lone bog-drain.
Oh! if I had known you were near your death,
While my breath held out I’d have run to you,
Till a splash from the Lake of the Son of the Bird
Your soul would have stirred and waked anew.

My darling told me to drink no more
Or my life would be o’er in a little short while;
But I told her ’tis drink gives me health and strength
And will lengthen my road by many a mile.
You see how the bird of the long smooth neck
Could get his death from the thirst at last –
Come, son of my soul, and drain your cup,
You’ll get no sup when your life is past.

In a wintering island by Constantine’s halls
A bittern calls from a wineless place,
And tells me that hither he cannot come
Till the summer is here and the sunny days.
When he crosses the stream there and wings o’er the sea
Then a fear comes to me he may fail in his flight –
Well, the milk and the ale are drunk every drop,
And a dram won’t stop our thirst this night.

McDonagh commanded respect, even amongst those whose political views were very different. The Co Meath poet Francis Ledwidge, who was serving with the British army in Flanders, wrote a Lament for Thomas McDonagh after McDonagh was executed by the British in Dublin in 1916 (ironically, the opening lines are now used to commemorate Ledwidge himself at his memorial in Belgium):

Nor shall he know when loud March blows
Thro’ slanting snows her fanfare shrill,
Blowing to flame the golden cup
Of many an upset daffodil.

But when the Dark Cow leaves the moor
And pastures poor with greedy weeds
Perhaps he’ll hear her low at morn
Lifting her horn in pleasant meads.

McDonagh was one of those commemorated at the 50th anniversary of the Easter Rising in 1966 by having a railway station named after him; in April 1966 the station in Kilkenny was named McDonagh in his honour – railway stations seem filled with romantic and poetic resonance.

The station is now reduced to a fraction of its former size, its former goods shed and yards having been turned over to commercial developers for a shopping centre. Going shopping this afternoon meant a walk to the centre, now filled with cross-channel high street outlets. There is no little irony in the fact that a place producing profits for various British businesses is called McDonagh Junction. Even Yeats would have struggled to make it something poetic.