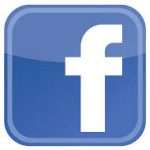 “What’s on your mind?” asks the “status” box on Facebook. It seems an odd question, even a silly one, how many people are going to sit and type into a public web page the stuff that is going through their mind? It’s not that thoughts are unrepeatable in polite company, it’s that they are just boring. Does anyone really want to know about the stuff that fills the waking hours of most people’s lives? Wouldn’t a more interesting question be “what caught your attention today?” or “what was the most exciting thing you heard in the past twelve hours?”

Presumably, some Facebook employee was paid a great deal of money for researching the most appropriate question to ask, to discover what form of words would best elicit a response from the person. Facebook’s business model requires people to engage with the pages and, in doing so, to read the advertisements in the sidebar. The greater the degree of engagement, the more potential for generating revenue. “What’s on your mind?” is the preferred question of the multi-billion dollar company; if it’s there, then it must work.

A lecturer in college days would pull up those who met him and asked, “how are you?” In an interrogative manner he would stop and say, “what do you mean by that question? I am not aware of having any health problems myself, do why do you ask me how I am?” Having once been at the receiving end of such interrogation, it created a resolve afterwards to be careful about questions, to weigh words carefully, not to make meaningless inquiries.

Of course, the resolution lasted no longer than those made at the beginning of January. There are frequent occasions when words are spoken before there has been time to consider their meaning, occasions that leave one wishing that there might be an opportunity to relive the moment, so as to have the chance to say the right thing.

Perhaps the skill of the Facebook question is in its capacity to at once say nothing while saying everything; to be no more than a superficial, casual conversational inquiry, and, at the same moment, to offer the opportunity for a profound expression of thoughts or feelings.

Given the success of Facebook, its enduring domination of the social media market, “what’s on your mind?”must be a very effective question to ask, even if it is a question that no-one answers.