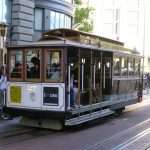 “To a foreign visitor arriving in America for the first time in 1927, the most striking thing was how staggeringly well off it was. Americans were the most comfortable people in the world. American homes shone with sleek appliances and consumer durables – refrigerators, radios, telephones, electric fans, electric razors – that would not become standard in other countries for a generation or more. Of the nation’s 26.8 million households, 11 million had a phonograph, 10 million had a car, 17.5 million had a telephone. Every year America added more new phones (781,000 in 1926) than Britain possessed in total,

Bryson’s snapshot of American life nine years after the Great War contradicts the version of history with which I grew up. The narrative of modern history taught in the 1970s suggested that American dominance arose from its late entry into the Second World War and the favourable terms it secured for itself when giving help to allies. Our narrative suggested Britain had been the great world power, with its empire covering a quarter of the Earth’s land surface. Britain, like America, had suffered during the Great Depression, but the war had been the knockout blow.

Bill Bryson’s description suggests that the brash affluence of 1950s America, which made it the place admired and imitated by younger generations around the world, did not burst unexpectedly onto the stage in the post-war years, but was well established by the late 1920s.

Of course, tens of millions of Americans suffered during the Depression years, but there were others who came through holding onto wealth and assets accumulated in the boom years. The motorcars and telephones were still there; the threads of affluence could be picked up again. The lifestyles of the 1950s had been anticipated a quarter of a century earlier.

Bryson’s picture challenges the conventional idea of British history as being a matter of an exhausted country no longer able to compete with the new arrivals. Britain trailed far behind in the 1920s and it it would be decades before British consumers enjoyed the durables 1927 Americans took for granted. The roots of British decline lay far further back than the 1940s.