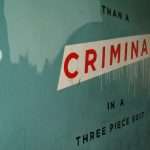 I think I understand, now, how the woman walked through the riot, I had often wondered about her.

I saw her on television one Saturday evening in the early 1990s as, I sat watching the BBC Northern Ireland news. There had been trouble in North Belfast, disturbances on the streets and the throwing of bricks and petrol bombs. The rioting was in daylight and the BBC news cameras, positioned behind a row of grey RUC Land Rovers, showed youth wearing balaclavas, or with handkerchiefs tied across their faces, showering the police positions with an array of missiles. The police were static, appearing uninclined to take on the mob of young men. To the right hand side of the street was a lady walking down the pavement as if it were any ordinary Saturday afternoon. She had her raincoat on and had a shopping bag in each hand; while the mayhem continued around her, she continued quietly on her way.

I had often wondered about that lady, even wondered why the reporter had not gone off to discover who she was. I would have done so; I would have wanted to know who she was, wanted to know her story. Had she seen so many riots that another would not add to the sum of upset in her life? Did she regard this riot as being a mild affair compared to the bodies and limbs left by bullets and explosives? Was she just tired, wanting to be at home with a nice cup of tea at her fireside, and just focused on getting back to her house? Was there just a slight streak of madness in her, a slight eccentricity?

No-one seemed to notice the woman. Perhaps the inspector in charge of the police had seen her and had told his men to hold off until she had passed; the youths seemed oblivious to her presence. They would have done no harm to her; she was just a wee woman going on her way.

Standing in the middle of Dublin’s Temple Bar district last night, I became aware of being unnoticed. Two twenty-somethings were canvassing for trade for a particular restaurant; they held menus and were stopping passers-by. I stood a few yards away, in the middle of the square, and watched and realized they simply did not see me. A blue waterproof coat, an old pair of corduroys, a pair of worn and scuffed suede shoes, a football scarf tied around my neck, and a woolly hat pulled down to eyebrow level; I was of no interest to them. It did not seem to occur to them that, at that moment, I was trying to decide upon to which restaurant to go.

Later in the evening, testing out the my thoughts on how not to be noticed, I turned up the collar of the coat, hunched my shoulders, looked down at the pavement, and walked down the street. A woman sat against a doorway was asking people for change, she said not a word as I passed.

The woman in North Belfast might not have been mad, nor even eccentric, she might have been the wisest one of them all. She had discovered how to be invisible.