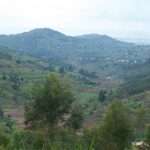 Growing up in the 1960s, there was an unconscious belief in some law of immutable progress. Perhaps it was 1950s America that inspired the confidence that everything would steadily get better and better. An assumption grew that each succeeding generation would enjoy a quality of life better than that of its predecessor. Saving money was about accumulating funds for commodities and experiences that forebears may not even have imagined.

In Italo Calvino’s “Marcovaldo”, the tragi-comic character seeks to escape from the grim reality that surrounds him:

For anyone who dislikes his home and finds it inhospitable, the favorite refuge on cold evenings is the movies. Marcovaldo had a passion for Technicolor films on the wide screen, which can embrace the most vast horizons: prairies , rocky mountains, equatorial forests, islands where you live with a garland around your head. He would see the picture twice and never came out until they were closing the theater; in his thoughts he continued living in those landscapes and breathing those colors. But the return home in the drizzling night, the wait at the stop for tram number 30, the realization that his life would know no other setting beyond trams, traffic-lights, rooms in the half-basement, gas stoves, drying laundry, warehouses and shipping rooms, made the film’s splendor fade for him to a worn and gray sadness.

The paragraph prompts reflection. Surely Marcovaldo’s plight was no longer shared by so many people? Surely everyone had an opportunity to see succeeding generations enjoy the progress that had filled our television screens in the 1960s and 1970s.

There was a BBC radio documentary about a woman and her children having to move into the only council housing available, in what the British call a “sink estate”, (though why such a label is appropriate is unclear, at least with a sink you can pull the plug and let the bad stuff run away). The woman said to one of her new neighbours that she wouldn’t be staying there long. “That’s what we all say”, said her neighbour. Marcovaldo would have understood.

Watching news from Rwanda, there is a sense that Marcovaldo would better have understood the plight of people today Flying in and out of the country on the odd occasion prompts the occasional thought for the people there, but what of those whose lot in life is to live in poverty we cannot imagine? What of those who are trapped forever? They haven’t even Marcovaldo’s movies to attend. It’s more than a worn and grey sadness.