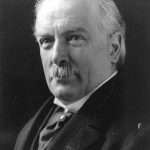 Four years ago, Tory leader David Cameron, having failed to win an overall majority in the British general election, entered into a parliamentary coalition with the Liberal Democrats led by Nick Clegg. It seemed an unlikely combination and it seemed unlikely that the alliance would last a full parliamentary term, a similar coalition nine decades previously having ended bitterly.

At the end of the First World War, in 1918, Liberal Prime Minister Lloyd George, anxious to retain power at the head of a National Government, threw in his lot with the Conservatives, splitting his party but retaining the premiership in a coalition. In the previous, pre-war General Election, the Liberal Party had won 272 seats against 271 for the Conservatives; in 1918 Lloyd George’s Coalition Liberals won just 127 seats, while 36 more were won by Liberals opposed to the Coalition – a net loss of more than a hundred Liberal seats. By contrast, the National Conservatives, led by Andrew Bonar Law won 332 seats with a further 47 seats being won by Tories opposed to the Coalition. From a pre-war situation of parity, the Liberals slipped to one of huge numerical inferiority; a decline from which they have never recovered.

By 1922, there was increasing disquiet within Tory ranks about involvement in the Lloyd-George led Coalition Government. The combined Tory Parliamentary strength was 313 members in the Coalition and 65 opposed; Lloyd George’s Coalition Liberals were down to 120 seats, with a further 35 non-coalition Liberals in the House. On 19th October 1922, Conservative MPs met at the Carlton Club to debate their support for Lloyd George. The vote against the Coalition continuing was 187-87. Andrew Bonar Law was invited to form a government and immediately went to the country.

In the General Election of November 1922, the Conservatives, now united, won 344 seats, the Liberals, still divided won 115, the former opponents of the Coalition gaining 62 while Lloyd George was reduced to having a parliamentary bloc of just 53 seats. There were to be elections in the two subsequent years, the Liberals staged a minor comeback in 1923, when the Conservatives won 258 seats, Labour 191, and the reunited Liberal Party 158. However, a year later, the end of Liberal politics was complete; on 29th October 1924, the Conservatives won 412 seats, Labour 151 and the Liberals a mere 40. Through subsequent elections the Liberal Party remained a peripheral party, even the collapse of the Labour Party in 1931 did not allow a Liberal revival. By 1945, they were reduced to twelve seats and slipped into single figures in the 1950s and 1960s.

Perhaps the decline was inevitable, perhaps the rise of the Labour Party in the 1920s left no room for the Liberal Party, but their long decline dates from involvement in a coalition government.

Liberal leader Nick Clegg will know every detail of the ministry of the last Liberal Prime Minister; he will know that the majority party in government bided its time until the point arose where it was able to destroy its partner and he will be pondering what possibilities there are for reviving his party’s fortunes.

Where our situation differs from that of ninety years ago is that the Tories have never felt strong enough to walk away from the coalition. Support for the opposition Labour Party has generally remained below 40 per cent in the opinion polls, but even such modest support has ensured that it has, in most polls, remained a few points ahead of the Conservatives. Cameron’s inability to follow in the footsteps of Bonar Law is due in large part to his party’s support being sapped by Nigel Farrage and his United Kingdom Independence Party. Without UKIP, the moments when the Conservatives did enjoy a lead in the opinion polls would have been moments when that lead was significantly larger and would have been moments of opportunity for a new Carlton Club meeting; with UKIP, a snap general election would almost certainly have seen a Labour victory at the ballot box.

The continuing place of Nick Clegg and his party colleagues at the cabinet table is due almost entirely to the presence of Nigel Farrage on the political landscape. Unless there is a shift in the polls in the coming months, the 2015 general election will bring a Labour victory and the triumph of the proponents of policies UKIP most despises. Nigel Farrage’s contribution to political history will have been to prevent a recurrence of 1922.