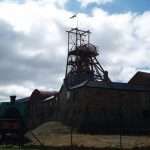 I grew up in England when memories of World War II were still very fresh. The heroes from the memories were always those who had been in the armed forces. Those who had not enlisted or been called up were not quite seen in the same light. Their role was always seen as somehow less. Only when I grew older did I come to learn of the huge effort demanded of those who were not in uniform.

Many men who had been conscientious objectors were amongst those conscripted by Ernest Bevin’s Ministry of Labour to work as coal miners, taking the place in the pits of those who had gone off to fight. However, in the version of history with which I grew up, to be a ‘Bevin boy’ was to be a conscientious objector. Only later did I learn that the majority of the so-called Bevin boys were quite willing to serve in the armed forces, it was a Government decision that they should work in the mines. The miners were expected to make superhuman efforts, the shifts were long, the conditions appalling, the dangers great. It was their efforts that sustained the war effort, keeping the steel mills, the munitions factories, and the power stations supplied with the energy necessary for the nation’s survival.

The Home Front, as it was called, was critical – feeding 40 million people; strengthening the army, navy and air force; producing the materials needed by allied forces facing enemy forces in the four corners of the world. Maintaining morale at home was important and one of the slogans that became popular was, “They also serve who only stand and wait.”

The point being made was that service on the Home Front was as critical as service overseas I always assumed that “They also serve” was part of a quotation from some contemporary speaker or writer. You can imagine Winston Churchill standing up and saying in his gravelly voice, ‘They also serve who only stand and wait’.

Only when I looked it up did I discover that the words came from the poet John Milton. As he grew older and his physical faculties failed him, Milton became frustrated that he could do so little in the service of God. But he also came to realise that accepting one’s lot with good grace, and serving God wherever one happens to be, are just as important as travelling far over land and sea. Milton wrote:

“God doth not need either man’s work or his own gifts:
who best bear his mild yoke, they serve him best.
His state is kingly; thousands at his bidding speed
And post o’er land and ocean without rest:
They also serve who only stand and wait.”

“They also serve who only stand and wait,” seems an appropriate verse at this time of year to remember those who didn’t get the call. After the death of Judas Iscariot, the Eleven look for a replacement and we are told, “They cast lots, and the lot fell to Matthias; so he was added to the eleven apostles.”

What about the fellow that didn’t get picked?

Joseph called Barsabbas (also known as Justus) was shortlisted but doesn’t get the job. He has the qualifications set down by Peter, to “have been with us the whole time the Lord Jesus went in and out among us, beginning from John’s baptism to the time when Jesus was taken up from us.” We are not told what is the reaction of Matthias or Joseph – this is God’s will and they accept it and get on with whatever task God has given them.

“They also serve who only stand and wait,” would seem an appropriate word of encouragement to Joseph, and to ourselves; not as a word of consolation, but as a statement that we all have ministries given to us by God. Instead of wishing to be somewhere else, we just get on with what we are doing.