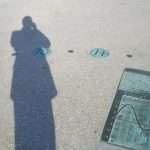 Four years on, the question is still asked on the odd occasion. Of course, there are things I miss: the ease of travelling to the RDS to watch Leinster play rugby; going to Bray to watch soccer; walking the harbour wall in Dun Laoghaire on a Saturday morning; going to concerts; the possibility of flying to England for a day; friends. None of things missed would ever provide a compelling theological reason for ever returning to the city.

I also miss a sense of the absurd. Teaching Sixth Class pupils (twelve year olds) for an hour each Friday morning was a weekly confrontation with a group which included people far more sophisticated, travelled and intelligent than the country clergyman who stood at the front of the room. Marking the exercise books from the class one evening five years ago, I made a note of some of the answers offered.

“Why did the Prodigal Son leave home?” seemed a reasonable question. “To join the circus”, wrote one boy, “or maybe it was just because he was bored”.

Perhaps the questions were platitudes and perhaps twelve year olds growing up in a competitive and combative culture had a keen eye for such things. The exercise had concluded with questions about how they would make the world a better place. Maybe it was not such a bad question, but it was probably one they had answered countless times, in the knowledge that their answer made not the slightest difference.

One answer had been sharp, a note of frustration, “It should not take a crisis for people to do something”. Most contained the stock responses about the environment and peace and climate change, though there was a feeling that these were being recited, that they simply said what was expected just as the answer to “what is six times three?” might be spoken without much thought. A handful in the class had no time for churning out lines they had been taught. “What would you do to make the world a better place?” asked the textbook, and the less conformist elements, who wee dotted around the classroom, responded.

“Have barbecues on Wednesdays”.

As twelve year olds, they were hardly likely to have been able to have articulated thoughts on being subversive, on challenging the accepted ways of thinking, but, five years on, it is probably those who gave the absurd answers, answers that might have appeared in some student rag magazine, who are now asking the most searching questions. In his 1903 essay “Maxims for Revolutionists”, George Bernard Shaw wrote, “The reasonable man adapts himself to the world: the unreasonable one persists in trying to adapt the world to himself. Therefore all progress depends on the unreasonable man”.

Perhaps it was the sheer reasonableness of the church that kept away the twelve year olds, who are now seventeen? Something more transcendent, more radical, more patently absurd, might have been more attractive (and might have changed at least one small corner of the world).