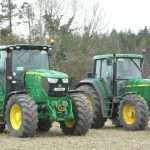 Resplendent in his clerical suit and gaiters, the bishop stood before the assembled children of the school and in deep episcopal voice, tuned by years of port and cigars, boomed out over the children’s heads.

“I will give sixpence to anyone who can tell me who I am?”

The hand of a little boy near the front was raised and a trembling voice said, “Please sir, you are God”.

The bishop look bemused, but managed a kindly smile. “I’m not, young man, but here’s a shilling”.

The story still comes to mind when confronted with school assemblies, or bishops, or both.

When I was curate in Northern Ireland, it was a joy to visit a primary school in a big Loyalist estate on the edge of the parish. It had once been a much larger school, but with the passing of the years the age profile of the estate had risen and the school had no more than a fraction of its former numbers. The principal smiled as he gave a warning, “When you ask questions, some of them will raise their hand every time and every time they will answer ‘Jesus’. The logic is that sooner or later they will be right”. He was right, but it was still fun. The children sat on the floor in a crescent. It seemed sensible to sit on the floor, halfway between the two points of the crescent, to talk to them.

The assembly talks paid a dividend. Visiting houses in the estate where there were primary school aged children, there would be at least someone who was a friend. Assembly stories would be revisited; sometimes being turned on their head in the children’s retelling of them, but at least there was some communication, at least the church had a face for them.

Sitting on the floor changed the whole dynamic. It only worked in small schools, but there was much more interaction. A decade later, at an integrated school in a divided town, it became a learning experience as young people from very diverse backgrounds shared their thoughts. Sometimes comments were not always completely relevant; sometimes people simply wanted to share a piece of news; but being heard in itself is something important.

This morning, wanting to talk to one of the staff at our country parish primary school, I crossed the road from the rectory. At the gates, I chatted with those waiting for the school doors to open. There was discussion of what had been done over the bank holiday weekend, and what work had been done on the farms.

Media commentators have sometimes suggested that people are taking longer to grow up, “kidults” was the word used by one columnist. Talking this morning, it seemed that the opposite was more likely, that people were growing up much sooner. Or maybe it’s not that people are remaining young older or growing older younger, but that people behave as seriously as they are treated (which probably applies to bishops as well).