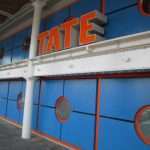 Since the inhabitants of caves at Lascaux painted hunting scenes on the walls of their subterranean home, pictures have been used to tell stories, to appeal to the imagination, to remind, to prompt, to intimidate, to frighten, even. The medieval church chose to set aside those Scriptures that prohibited the use of visual imagery, and painting and sculpture were used in the telling of religious stories; great murals on church walls might narrate Bible stories, huge canvases depicted key moments in Gospel stories. Art was ideological; look at the work of Hieronymous Bosch and other artists who painted religious themes and their messages are explicit. Apart from religious works, the only other paintings tended to be portraits of the great and the good; the work of people like Breughel, who depicted celebrations of common folk, tended to be the exception rather than the rule.

The printing press and the Reformation changed things, in Protestant countries at least. Secular themes appeared in paintings, Dutch artists chose domestic and urban themes. In religion, visual imagery was replaced by written words, the Old Testament prohibition of visual depiction led to the widespread destruction of sculptures and paintings . The King James Version of the Bible, published in 1611, had a profound impact in the English-speaking world, its admirers would suggest that it was a major influence in promoting the ideas of liberty and democracy, it became an icon of the written word at its best.

There was probably a point, maybe in the first half of the Twentieth Century, when literacy reached its high point, when reading rooms had great appeal among working people, when newspapers were filled with columns of dense print. It was not just a question of words being preferred over pictures, there was not the technology to easily reproduce images.

The mass availability of the camera changed the world, Hungarian photographer and painter László Moholy-Nagy declared in the 1920s, “The illiterate of the future will be the person ignorant of the use of the camera as well as the pen”. Moholy-Nagy’s vision was of a world where people might express themselves in words and pictures.

As if history has gone into reverse, images are again replacing words. The use of a camera has superseded written communication; the main criterion in the purchase of a telephone seems not its capacity to allow one to talk to others, but in how well it records and transmits visual images.

During much of the time when people depended upon visual imagery for expression and learning, there was a desire also to become literate, to be able to write words that told stories and expressed one’s thought and feelings. With the return to a visual culture, however, that longing seems to have been lost. Newspapers carry fewer and fewer words, even serious television programmes rely on increasingly complex visual presentations.