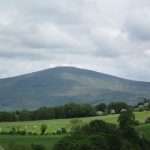 Do you remember in childhood days, there would always be someone to whom to appeal if you felt you were a victim of injustice? It might be your parents, it might be your teacher; there would be an adult who, if not able to remedy the complaint, would at least give you a hearing, would lend a sympathetic ear.

The years pass, and the courts of appeal change. Companies and government offices and educational institutions have their formal structures to express grievance. Trading standards and consumer protection provide an ample sufficiency of possibilities to pursue complaints. If recourse to the law is too inflexible to allow a desired solution, then there are councillors and members of parliament and, if all else fails, even Europe.

For a country cleric, aggrieved by comments, there are no avenues of appeal. Hurts and sleights are simply to be borne, a cheerful countenance is required. The temptation is to appeal to one’s congregation, an exercise more likely to cause confusion than exorcise the pain

In William Trevor’s Autumn Sunshine, there is the gentle, gracious Canon Moran, who has ministered for years in his little parish in Co Wexford, and who responds with a commitment to non-violence when confronted with the violent and angry republicanism of his daughter’s partner.

Sometimes it is better to think about the good things in the parish and to try to ignore the things outside.