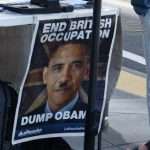 Writing in the weekend edition of the Financial Times, Robert Shrimsley commented, “one of the key lessons of recent years is that the power of social media is reduced if everyone is talking and no-one is listening”. The multiplicity of voices and dearth of hearers is only one factor in the decline in influence: fragmentation of audiences and “fruitcake” stories have made substantial contributions.

In student days in the late 1970s, lecturers would frequently express concerns regarding the control of the “mass media”, a handful of broadcasters and newspapers appeared to have the capacity to sway the opinions of millions. By the 1990s, a revolution had begun as the number of accessible television and radio channels rose from a handful to hundreds. As the number of radio stations was about to increase dramatically, a programme controller at an independent station in Northern Ireland observed that there was a difference between access to the air and an access to an audience. Many of the newly available stations commanded only tiny audiences, and each new arrival brought a further fragmentation of the total.

The dominance of media giants may be past, but despite fragmentation of their audience, the numbers of adherents for conventional broadcasters and newspapers on social media still far exceeds the following of the new arrivals. CNN has almost fifteen million ‘likes’ on Facebook; BBC News, almost ten million; the Huffington Post, a giant among new arrivals, trails far behind with 3.7 million. One cannot escape the conclusion that even the online audience prefer their news sources to be established; that the multiplicity of the new and disparate voices on the social media do not command the authority of the old hands with their huge following.

Social media power is reduced by fragmentation and undermined by the presence of “fruitcake” pieces; the sort of thing produced by conspiracy theorists and overactive imaginations, things like claims that the British Royal Family control the world. Had the events of September 11th 2001 taken place ten years later, it is hard to imagine what untruths and plain lies would have circulated on the social media. One of the latest pieces of nonsense to circulate on Facebook is that the Malaysian airliner to be shot down over the Ukraine was in fact the one that disappeared over the Indian Ocean earlier in the year. It is a story that is deeply offensive to the many families who lost their loved ones. Fabricated evidence is presented to credulous readers who share the story with their online friends. What happened to the critical faculty of those who pass on such material? If they subscribe to conspiracy theories to such an extent, how are the theories online at all? If they imagine governments have power to so engineer events, then logic would suggest that those governments have power to eliminate such stories. The very existence of the stories undermines the claims of fruitcake theorists – and contributes to the undermining of the power of social media.

Robert Shrimsley might reasonably have asked what serious person would take social media seriously as a source of hard news. When it comes to the real world, how many people would choose Facebook over the Financial Times?