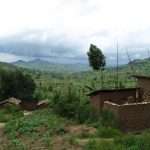 We sat in a Dublin restaurant in the warmth of a summer’s evening. His wife looked at him and said, “Did you do much today?”

He stared ahead with a glum expression. “No, not a lot. There is nothing to do. The office is winding down and I have no idea why we are still here. Even the boss didn’t come in until ten o’clock this morning. ‘Were you at a meeting?’ I asked him. ‘No’, he said, ‘I was sat down on the riverbank watching the fish.'”

We smiled at the thought of someone in charge of a company sitting watching the fish, though it seemed only to add to the downcast mood of our companion.

He was an oil exploration engineer whose employment package included a very fine detached house standing in its own grounds in one of the city’s most exclusive suburbs, he had worked in various countries and seemed to find Ireland frustrating. To do nothing was not in his nature; to be kept sitting in an office that was winding down was a pointless activity.

It is a dozen years since that warm June evening. The engineer called time on his exploration activities some time ago and adjourned to a house in the French Midi.

The memory often seemed to point up how ill-balanced is the world; it seemed an odd fulfilment of that Biblical text, “to him who has shall be given”. What difference would a man of such talent have made in a poor country? Someone who could command such a remuneration package must have been hugely gifted, yet his employers seemed content to use his talents in a casual way – if weeks passed with him being underemployed, then it seemed of no great consequence.

Perhaps the boss’s hour sitting on the riverbank was an expression of dissatisfaction; a sense that people who could have achieved so much in a differently ordered world were being so underemployed.