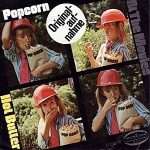 A Monday expedition beginning in Kilkenny, and passing through Laois, Offaly, Westmeath, Longford, Cavan, Monaghan, Armagh, Down, Antrim, Down,  Louth, Meath, Dublin, Kildare, Carlow and returning to Kilkenny – stopping in Portlaoise, Cavan town, Sprucefield, Hillsborough and Inchicore – in under eleven hours. It was a long day.

“Put on that Jackie CD”, said the Best Beloved, as we headed south towards the border. A disc from the 1970s compilation was put into the player. “Popcorn” by “Hot Butter” began to play.

“I spent forty years not knowing what that piece of music was”, I said. “For years I imagined it was something from the BBC Radiophonics workshop because Radio 4 used it as a theme tune for a programme. Then about a month ago, I was driving along listening to an Internet station on my phone and they played that piece and I stopped the car to see what it was”.

Perhaps, one day, no-one will have to remember a tune for forty years before discovering its title. Perhaps one day there will be a neuro-Google; a device no bigger than a bluetooth earpiece that can pick up the electronic pulses generated by thoughts and translate those pulses into a language with which to search the Internet and find answers.

It would have found “Popcorn” for me and would be be able to find for me a piece of music that has about it a silkiness and an Arabian feeling, the name or composer of which is unknown. Try typing the terms into a search engine and it leads nowhere; neuro-Google would be able to take the tune from inside the head and find it out there, wherever it is.

Neuro-Google would not only act as a receiver from the brain, it would be able to transmit signals back. Those moments when one is lost for words, or when one says the wrong thing, would become a thing of the past. It would act as a dictionary and thesaurus, enabling one to articulate one’s sentiments with charm and style. It might even fulfil the role of the Babel fish from Hitchhiker’s Guide to the Galaxy providing simultaneous translation of speech heard and enabling one to speak in whatever language was necessary.

The only disadvantage of such a technology would be the loss of the pop music industry as songs about angst, misunderstanding and broken relationships became obsolete in a world where people said the right things, and happiness became so common that it would hardly be worth a song – and there would be one less thing to discuss on a journey through fifteen Irish counties.