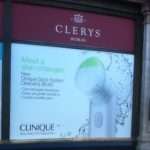 Africa never went through the philosophical and social revolution of Europe in the eighteenth century which sought scientific explanations for the world and put science and spirit in separate boxes. The modern Western view of the world distinguishes between the physical world and the spiritual world, some would say ‘real’ and ‘unreal’. This view is actually quite new in Europe – only about 250 years old. Before that, most Europeans would have thought – and acted ­much like Africans when it came to religion. Europe has lost that sense of the numinous, the spiritual. Africa has not. Life remains one in Africa and life includes the divine and the mystical as well as the objective physical world. In Africa body and soul are one and the soul lives on.

While Christianity teaches that only humans have souls, African religions hold that all objects, animate or inanimate, can be moved by spirits. Africa senses spirits in animals, trees and rocks as well as people. So the river and the spirit of the river are one and the same. The spirit allows the substance to change, the person to become something else. A friend in Port Harcourt in Nigeria told me that one day in 2001 a noisy crowd gathered under a tree and he went to investigate. There he found a man being roughed up by the crowd. When he asked what the man had done, they claimed he had been a bird sitting in the tree and when a young boy threw a stone at it, it fell down. The bird hit the ground and turned into man. The crowd wanted to kill this witch, this skin changer. A policeman appeared and my friend assumed the man would be saved. In a way he was; the policeman stopped the crowd killing the man and arrested him instead. When my friend asked what he was being charged with, the policeman said, ‘Changing his skin.’

How might the poster campaign be greeted in those parts of the world still untouched by European rationalism? How might those still attached to a pre-modern view of the world react to the suggestion that powers they think magical are considered no more threatening than a cosmetic brush?