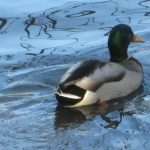 Summer had her last throw of the dice on Saturday; winning the stage, she went on to lose the race, as she does every year. Autumn at its worst had arrived by last night; gale force winds buffeting everything and the light fading early from the sky. Our windows this evening looked out into a deep gloom. The month of Samhain approaches, the first month of the Celtic winter; the month of the dead in which the days grow ever shorter. It is not hard to see how those in former times dreaded the dark months, those times when even the daylight is not much more than a grey gloominess.

Perhaps it is about time as well as light; perhaps the closing weeks of the year are a reminder of passing time. Perhaps a sense of the loss of time can explain as much about people’s moods as the loss of light.

In visits to Rwanda, there has been a constant buoyant mood. People living in absolute poverty, in conditions we cannot imagine, seem to laugh and smile throughout the day. Barefoot children dressed in rags who seem to have every conceivable reason for despondency, instead seem blessed with an irrepressible bubbliness; anything might be an occasion for singing and humour.

To a gloomy, middle aged Protestant cleric, it seems incomprehensible. Their life seems uniformly depressing; there seems no prospect of change. Even the days didn’t change, twelve hours of light and twelve of darkness every day. There was hardly a surfeit of daylight to account for the infectious happiness that seemed to brighten everything it touched.

“There is not the same sense of time”, a friend suggested. “When life is so precarious, you live for the present moment. If you want to be happy, you have to be happy now”.

Perhaps so. It is always extraordinary to read of soldiers in wartime who can enjoy themselves in moments of respite, despite knowing that a few days, or even a few hours, later, they will be in the thick of fighting from which they may not return. Social histories of the Second World War suggest there were great shifts in people’s patterns of behaviour because of the constant uncertainty about survival.

The odd logic of an argument suggesting that people’s mood is shaped by their perspective on the future, is that people seem happier when they give no thought to years to come, than they do when the plan everything for years ahead.

There was a First Century carpenter who used to talk about letting tomorrow worry about itself; what he would have made of an Irish autumn, though, will remain unknown until there is no more future.