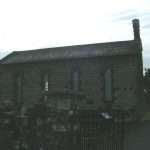 This is an important question because this verse of Scripture is important to our understanding of the Universe.

If we look at Saint Matthew Chapter 22 Verse 43, Jesus says to the Pharisees that King David, “by the Spirit”, calls the Messiah “Lord”. The Messiah has not yet come, but David already acknowledges him as Lord. Jesus is saying that the Messiah is outside of time, that God is outside of time, and that the Messiah can be recognized, even though he has not yet come into the world. To understand God as outside of time is important to our understanding of him and of our world. “In the beginning God created the heavens and the earth”, Genesis Chapter 1 Verse 1 tells us; the universe is God’s creation and the universe is not just space, with its countless stars and planets, it is time as well. Being the creator of time, God is outside of it.

Herman Minkowski, the man who taught Albert Einstein mathematics, saw space and time as one, space-time was a continuum; time existed as part of the universe. Albert Einstein wrote, “For us physicists, the distinction between past, present and future is only an illusion”. What he seems to say is that space and time were complete in a single moment. If one was able to look at the Universe from the outside, one would see not only the whole of space, but also the whole of time, for the two are one. Space-time is like a book in which everything is written.

For a Christian, the idea of space-time would seem to suggest that God, looking from the outside, would in a single moment, see the whole of creation and the whole history of that creation. It would suggest that David, carried outside of time by the Spirit, could acknowledge the Messiah, even though the birth of the Messiah would come a thousand years after the time of David.

If Jesus is saying that this is what time is like; that being with God, as was the Messiah in the time of David, is to be outside of time and space; if Jesus is saying that space and time are the one thing to the extent that David could recognize someone a millennium later, then this says something to us, about past, present and future.

In the past and in our own time, it says that while God may have foreknowledge of all things, inside of time there is still freewill. Jesus is prepared to argue with the Pharisees because they are still able to make a choice; they are not automatons, able only to go a predetermined way. The Pharisees do not wish to listen to his arguments, but that is a choice that they make.

In our own time, it says to us that if God is outside of time, and those who are with God are outside of time, then there can be no space for thoughts of ghosts or spirits of the dead. If space-time describes our Universe, and Einstein was correct in his belief that ideas of past, present and future are convenient illusions, then how can someone from another time be in our time when the simultaneous occurrence of past, present and future mean that people must be in their own time or not exist at all? In a week that includes Halloween, it is worth remembering that idea of ghosts is a nonsense: it denies physics and it denies our belief that we move from time to eternity. Equally, as we approach November and people remember the departed, it says that they do not need our prayers, for they have moved outside of time; they are not lying somewhere awaiting some future hour.

In the future, it says that, whatever we may now think, if God was a reality in the past, and if Einstein was right that past, present and future are all one, then God will be there in the future; he will be there at the end as he was at the beginning.

“If David thus calls him Lord, how can he be his son?” To us, the question that Jesus asks the Pharisees should not sound like a riddle, it should not sound confusing, instead it should be words of assurance that this is what God is like Hebrews Chapter 13 Verse 8 says that, “Jesus Christ is the same yesterday and today and forever; he is unchanged because he is outside of time, waiting to greet us when we ourselves move beyond this space-time in which we live.

The Pharisees were confounded, Verse 46 tells us, “No one was able to give him an answer, nor from that day did anyone dare to ask him any more questions”. May the question that confounded them be for us a source of eternal hope.