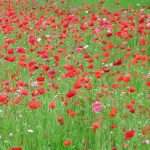 Working on a list of the men from the town who did not return from the Great War, The Band’s “The Night they drove old Dixie down” was playing in the background. “In the winter of ’65, we were hungry, just barely alive”, went the song, capturing a sense of the suffering at the end of an horrific war.

Not that all wars are not horrific, but perhaps the American Civil War has a particularly poignancy, it being the first to be captured in photographs, it being the first modern war. That is the odd thing, the American Civil War was a modern war – it was mechanized, railways provided transport, and there were Gatling guns and trenches. Yet fifty years later, the battles on the Western Front were fought as though Gatling’s device had never appeared at Petersburg and as though there had been no developments in the meantime. Cavalry was still deployed against machine guns, men were still sent in lines across open ground.

It was as though those in power had not a capacity to adapt to circumstances, no matter what history might have told them. An inability to cope with situations that do not conform to the wishes of the powerful still shapes history.

Prior to the Soviet invasion of Afghanistan in 1979, it was said that Soviet agents scoured bookshops on the Charing Cross Road in London in a search for works on the British invasion of the country a century previously.  It seemed absurd that a mechanized campaign with aerial support would have anything to learn from an ill fated campaign in 1878, but lessons were not learned and the Soviets were left to withdraw in ignominy. Perhaps Bush and Blair and those responsible for the 2001 invasion would have derived little that was useful from antiquarian books, 1878 belonged to a different world, but lessons might have been learned from the Soviet experience – the essential one being that the geography of the country and the physical resilience of its people make it unconquerable. But they could not, or would not, learn from history and their attitude cost countless lives.

And it continues – where will the conflict with the appalling fundamentalist group Islamic State lead? Had there not persistent external interference by the rich and the powerful in the affairs of the region, supporting dictators like Assad, the group would never have gained the power it now possesses, but it has now become a hideous source for arguments for further intervention. Nothing was learned.

A clash of ideologies can brings wars far greater than that between the Union and the Confederacy; the wars of religion that crippled Europe in the Sixteenth and Centuries brought only suffering. Modern liberalism emerged in Protestant countries that realized that where there were competing truth claims, those claims must belong to the private realm if there is to be peace in the public sphere of life. If there is anything to be learned from those years, it is that the very values that have underpinned Western democracy cannot be promoted by Christian ideologues and fundamentalists; a victory for them means not accommodation and reconciliation, but a defeat for their opponents and business that remains unfinished.

“In the winter of ’65, we were hungry, just barely alive” – a hundred and fifty years later, and those caught in the conflicts that fill our television screens go through experiences that have not changed.