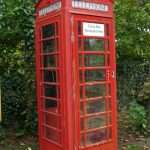 “The reason that the rich were so rich, Vimes reasoned, was because they managed to spend less money.

Take boots, for example. He earned thirty-eight dollars a month plus allowances. A really good pair of leather boots cost fifty dollars. But an affordable pair of boots, which were sort of OK for a season or two and then leaked like hell when the cardboard gave out, cost about ten dollars. Those were the kind of boots Vimes always bought, and wore until the soles were so thin that he could tell where he was in Ankh-Morpork on a foggy night by the feel of the cobbles.

But the thing was that good boots lasted for years and years. A man who could afford fifty dollars had a pair of boots that’d still be keeping his feet dry in ten years’ time, while the poor man who could only afford cheap boots would have spent a hundred dollars on boots in the same time and would still have wet feet.

This was the Captain Samuel Vimes ‘Boots’ theory of socioeconomic unfairness.”

Anyone who has tried to live on a limited budget will be familiar with Captain Vimes’ experience: the richer you are the less it costs you to live.

If the idea that the rich can live more cheaply does not ring true, look at everyday expenses. Energy costs are lower for those who can buy in bulk; prepay electricity costs more than billpay, a bag of coal and bale of briquettes bought at  a local shop costs more than a ton of coal or twenty bales delivered. If you cannot afford a car, shopping at out of town superstores with their discounted stock is not an option. If you do not have access to the internet, then the substantial savings available to those who pay for goods online are not available to you. If you do not have the necessary credit or debit card, you cannot shop online, anyway. If you want to borrow money and you are poor, then you might face interest rates running into hundreds or even thousands of per cent, while a rich person will borrow at barely more than the rate set by the Bank of England. There are numerous more examples.

Such thoughts arise because my contract with Vodafone is about to expire. Looking at the options for renewal, I see that the expensive packages allow me a great deal more at no cost. Vimes should be thankful he did not need a mobile phone.