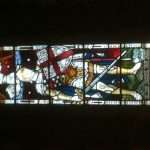 Why would someone climb Carrauntoohil mountain with an angle grinder and cut down a five metre metal cross? What would have prompted such behaviour? Maybe they are opposed to the Christian faith, maybe they are avowed secularists who object to a religious symbol at the peak of Ireland’s highest mountain; maybe their reasons are much more personal, much more painful.

There is a moment in Ridley Scott’s 2005 epic film The Kingdom of Heaven where the character Balian—a crusader who has come to Jerusalem to defend the Holy City—sits on a hillside above the city, allegedly the hill of Calvary. Balian sits in the darkness and feels a complete lack of any sense of holiness. There is no sense of the presence of God in the place. Scott chose the title of the film carefully—the violence and the hatred perpetrated by the church and the crusaders contradicts everything that people might associate with heaven.

Even a superficial reading of a history of the crusades should persuade Christians that they were a dark episode in history, that they did nothing to promote faith in Jesus of Nazareth and a great deal to drive people away from anything that might be associated with Christianity. There is nothing whatsoever in the life and teaching of Jesus that would warrant the slaughter of Muslim communities, nothing that would say that the possession of particularly “holy places” was necessary to the faith (read Chapter 4 of Saint John’s Gospel and Jesus suggests quite the reverse, that “holy places” are quite unnecessary).

For the Muslim peoples who suffered at the hands of the crusaders, the cross must have come to symbolize fear, violence, bloodshed and death, it certainly was not a symbol of life and salvation.

Unless your community was one that suffered at the hands of the crusaders, they are probably not much more than a dim and distant memory, no more than figures in medieval tombs or images in stained glass windows, but what might the cross mean for people close to home in much more recent times?

The cross, a symbol of loving service, must have assumed very different meanings for those whose lives were scarred by the treatment they received at the hands of members of religious institutions. Read the Murphy and Ryan Reports, listen to the tales told by the survivors of institutional abuse, and imagine what the chief symbol used by those institutions might mean for some of them. Had any of us endured such pain, might we not be happy to see every such symbol removed?

Bizarrely, some of the social media reaction to the Carrauntoohil story has been to say, “Muslims would not put up with this, why should we?” It is a subtle piece of religious sectarianism that tries to suggest that the cutting down of a metal cross in Co Kerry somehow has something to do with the politics of the Middle East – a strange logic that has nothing to do with faith in Jesus. 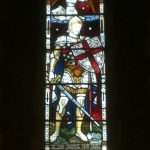