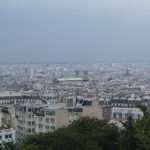 It is vanity for any religious group to pretend its views are definitive for everyone, when the criteria adopted in the formation of such views are accepted only by the group’s own adherents.  Christians in Western Europe learned the lesson slowly and painfully that how ever much the, and the church to which they belonged, might have cherished particular beliefs and practices, they could not impose their creed upon others. Since the Sixteenth Century Reformation, a process that might offer a definitive Christian view on any subject has not existed. There have been no shortage of groups who have seen their own teaching as normative, and no shortage of groups who sought to impose their teachings, but as belief in individual liberty grew, European society grew intolerant of those who presumed to tell others what they should believe and how they should live.

Strangely, it was a religious movement that brought about a change in the world, that undermined claims to speak with authority about the affairs of humanity at all times and in all places. Brad S. Gregory’s ‘The Unintended Reformation: How a Religious Revolution Secularized Society’ describes the development of a situation of relativized doctrines, a world where it became accepted that truth claims were only valid for those who belonged to the body making the claims:

Of course, aspects of Gregory’s contention would be contested by Catholics and evangelicals, liberals and Pentecostalists, but each argues from their own understanding of what is authoritative. Short of reverting to the conflicts of the Sixteenth and Seventeenth Centuries, it is not possible to determine which perspective should prevail.

Europe experienced the Wars of Religion and grew weary of them. The Enlightenment ushered in a new, secular age and religion increasingly became properly a matter of individual conviction. It is hard now to imagine a world in which even Anglican bishops held sway over national life, that is not to say there are not religious leaders who would like a restoration of the former times.

Christians gradually learned that violence towards those with whom they disagreed simply brought more violence, they had to learn that faith was not something that could be imposed, they slowly learned that respect brought respect.

The response to the killings is not to return to wars of religion, but to learn from European history: to expect respect for individual liberty and freedom of expression, in return for respecting people’s rights to hold and to cherish deeply held religious beliefs.