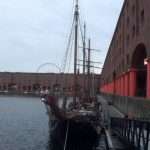 The presentation on rural church life in a picturesque corner of the south of England was not encouraging. The presenter described a village where proximity to London made the cottages desirable as weekend retreats, where money from the capital could outbid any local person; a village where services had progressively disappeared and where local young families moved away in search of employment. The village school had lost its roots in the community and become a place to which children were driven from a wide radius. The village church had three satellite churches, each of them in an isolated rural location, each of them facing the prospect of closures in the not so distant future.

While the village still had some younger people present, enough to provide thirty or so children towards the number in the village school, the village church had long since ceased to be frequented by younger people. In the entire group of four churches, there were only five people aged under seventy, and one of those was the incumbent.

Why was seventy the cut off point? What had happened that people under seventy years of age had simply ceased to attend a place that had been at the heart of the community for a thousand years?

The decline of the Church of England is nothing new. It has been on a downward slide since the Eighteenth Century. The industrial revolution isolated the church from the working classes and Nineteenth Century urbanisation brought an ongoing process of alienation. Perhaps the First World War was the point of no return, it coming as a shock in do many ways. By the time of the Second World War, churchgoing was a marginal activity, but many people born in those years still continue to attend. What is striking is that those born in the post-war era seemed simply to stop attending, or probably never started.

The seminar finished and the train was caught to Liverpool for a return flight to Dublin. A few hours to spare before the evening departure meant an opportunity to go to the Liverpool Tate to see whatever exhibition might be taking place – the face of the exhibition was perhaps the face of  one of those who brought an end to the old world, unpredictable, brilliant and iconoclastic: Andy Warhol.

Warhol’s work and culture symbolised a world where anything was possible – and permissible. People under seventy reached adulthood in an age when the ties that had bound people for generations were cut, suddenly and unceremoniously. People no longer had use for old values and old ways. The church became something that belonged to a former age, its words and rituals quaintly archaic.

The church seems never to have recovered from the shock  of the 1960s, never found a place in the hearts of more than a small minority. If  a single face expressed the end of the world of the Church of England, it is perhaps the face of an American artist.