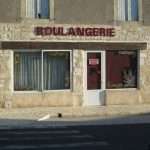 But what would it mean now, in 2015, to do everything one ever wanted? What would it mean to do everything I ever wanted? Doing everything I ever wanted was a youthful ambition. The first element necessary to fulfil the ambition would have been daylight and summer days, it would have required having an occupation and the financial means to change hemispheres at the equinoxes – Europe from March to September, and Australia from September to March.

Of course, clerical life ruled out the ambitions of those student years, (and if clerical life did not necessarily exclude ambition, clerical stipends certainly did so), but that does not mean that there are not moments when driving through January weather does not still prompt thoughts of doing everything I ever wanted.

The odd thing is that with the passing years the list of things I would want to do has shrunk rather than grown longer. Maybe it is everyone’s experience that contentment is found in less rather than in more, maybe everyone’s wish list becomes shorter as they grow older. In younger days, everything I ever wanted to do would have required the inclusion of numerous things that would impress others – even if I wasn’t that enthusiastic about them, things would have been done in order they might be talked about – now there would be little concern with what others might think.

Doing everything I wanted in 2015 would no longer require a change of hemispheres, it would not require extensive travel, it would not require great wealth. Enough money to get by would be sufficient, enough to pay bills and to keep a small car on the road, enough to be warm in winter and to enjoy the summers. On the edge of a French village, a stone cottage  with a shaded courtyard, a cottage having rooms with space enough for hundreds and hundreds of books; a television with a satellite dish; a bicycle for going to fetch the bread each morning and to the market each week; the ambition would hardly excite most people.

When winter winds rattle the windows of a church house built for occupants of a former age, the question is a pleasant one to ponder.