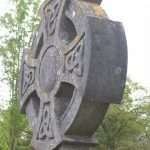 A colleague had a John Ames moment. An call at teatime from a woman who needed to talk urgently. The urgency arose not from sickness, bereavement or other pastoral concern, but due to the fact that the electric storage heaters in the caller’s house were not working. The caller did not want the colleague to actually repair the heaters but to fund a suitable electrician. At least the expectation was not as great as that placed upon the Reverend John Ames in Marilynne Robinson’s novel “Gilead”,

A woman in my flock called just after breakfast and asked me to come to her house. She is elderly, recently a widow, all by herself, and she has just moved from her farm to a cottage in town. You can never know what troubles or fears such people have, and I went. It turned out that the problem was her kitchen sink. She told me, considerably amazed that a reversal so drastic could occur in a lawful universe, that hot water came from the cold faucet and cold water from the hot faucet. I suggested she might just decide to take C for hot and H for cold, but she said she liked things to work the way they were supposed to. So I went home and got my screwdriver and came back and switched the handles. She said she guessed that would do until she could get a real plumber. Oh, the clerical life!

Changing the handles of the taps?  The Reverend John Ames had a considerably greater skills set than most of us.

There are no real skills in the clerical life, nothing that could not be done by anyone who had a bit of practice, and nothing that would be transferable to another occupation.  It’s not like Peter and Andrew and James and John, who were able to go back to their boats in Galilee; or like Paul, who could earn his living as a tentmaker.

It is always odd that people seek priests for roles which appear nowhere in any programme of theological training and which require no knowledge of anything taught in any seminary.  It is a far remove from the parochial nominators in my first parish who wanted a priest who would teach their children and visit their sick and bury their dead; perhaps such things no longer matter in the scheme of things, perhaps the faith that undergirded a belief that such things were at the core of ministry is no longer there. Or perhaps it is just a shortage of electricians.