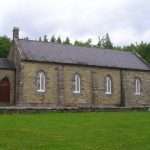 The word “Easter” provides us with an acrostic to think about what happened on that morning in Jerusalem.

“E” reminds us that it was “early” on that first day of the week that Mary Magdalene went to the garden to visit the tomb. It is dark, it is cold, it is not hard to imagine how Mary must have felt. She probably has not slept much since Friday evening, she feels weary, but at the first opportunity she goes to the tomb. Walking through the streets in those early hours would have been an experience filled with physical sensations, sensations that she would probably recall many times as she would have told and retold the story many times in the years that followed. “Early” reminds us of Mary’s devotion to serving Jesus, she would be there before those who would later become the leaders of the church. Had we been in Mary’s place, would we have gone to the tomb early that morning?

“A” reminds us of the sense of anguish Mary must have felt at what she sees when she arrives at the tomb. This must have seemed like a final last grief to be endured, not only has Jesus been killed, but now it seems that his body has been stolen. Saint John Chapter 20 Verse 2 tells us, “she ran and went to Simon Peter and the other disciple, the one whom Jesus loved, and said to them, ‘They have taken the Lord out of the tomb, and we do not know where they have laid him.'” Reading the story from the standpoint of what we know, we can fail to sense the anguish that Mary must have felt, we can fail to appreciate the pain she must have experienced as she runs to tell Peter and the other disciple. How would we have felt had we been in her place?

“T” reminds us of Mary looking into the “tomb” and seeing the two angels who ask her why she is weeping. Mary is so overcome with grief that she cannot think anything extraordinary has happened. Even the presence of angels is not enough to change her thinking, not enough to take away her tears at what has happened. “They have taken away my Lord, and I do not know where they have laid him,” she tells the angels in Verse 13. What must have been going through Mary’s mind at this point? Along with the anguish, might she now have felt a sense of confusion?  Would we have behaved any differently if we had been in Mary’s place? Would we not have reasoned that if angels were possible, they would have intervened to save Jesus from the Cross? What reason would we have felt there might be for angels to arrive at this point in the story?

“E” reminds us that the tomb was “empty”. The tomb was so empty that Mary is stunned at its emptiness. Mary’s shock is such that she does not recognize Jesus. “Woman, why are you weeping? For whom are you looking?” Jesus asks her and Mary cannot see beyond the emptiness of the tomb. We read, in Verse 15, “Supposing him to be the gardener, she said to him, ‘‘Sir, if you have carried him away, tell me where you have laid him, and I will take him away.'” Only when Jesus speaks does Mary realize the truth of what has happened. Mary has seen the physical evidence of the empty tomb, but it is meeting with Jesus for herself that brings belief. Mary was not someone who could be argued into belief, by the empty tomb, or by the presence of the angels; her faith had to be something personal. Like Mary, our faith must be personal, no-one else can believe for us, our decision must be our own.

The final letter of Easter is “R” and Mary is sent by Jesus to go to his friends and tell them he has risen from the dead. In Verse 17, Jesus tells her, “go to my brothers and say to them, ‘I am ascending to my Father and your Father, to my God and your God.'” So we read in Verse 18, “Mary Magdalene went and announced to the disciples, ‘I have seen the Lord’; and she told them that he had said these things to her.” What a change of mood Mary must have felt as she went to tell them about the risen Lord, the pain and grief and the sense of utter dejection she must have felt in the early morning are replaced by an irrepressible sense of joy as she tells the good news. Have we that sense of joy? As Mary went out and told people that Jesus was risen from the dead, do we have courage to tell people today that Jesus is alive? Do we have confidence that the risen Lord is with us?

Six words: early, anguish, saw, tomb, empty, risen – each helps us think of an aspect of the Easter story; each challenges us about our own faith in Jesus.