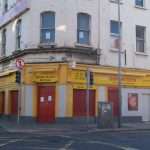 We are such stuff
As dreams are made on; and our little life
Is rounded with a sleep.

Could William Shakespeare have every imagined that lines from Prospero’s speech in The Tempest would be used by a Swedish retailer to advertise the sale of beds in Britain? Had it been one of his earlier rather than one of his later plays, he might perhaps have been pleased, earning his living as a writer cannot have been easy in the early years. Had advertisements existed in early Seventeenth Century England, writing copy for advertisers might have been a lucrative source of income. Perhaps the desire for writing material that was light and that had mass appeal might have steered him away from those tragedies. Had Shakespeare worked in advertising in his spare time, Hamlet might have pondered where best to buy doublet and hose instead of all that introspective stuff about the nature of existence. Had Shakespeare been more mindful of popular tastes, Hamlet would have married Ophelia, seen off the conspiracy of his wicked uncle Claudius, and sunk the ships of Fortinbras somewhere in the Kattegat.

Shakespeare might have been fortunate to have lived in times when there was not such pressure to be “commercial.” The problem now is that without commercial income,  the arts and sport as we know them would not be viable. Attending arts events, there seems now always to be a sponsor. Even exhibitions in galleries seem to be made possible through the “generosity” of corporate donors, who are not so generous that they are prepared to be anonymous, yet without the donors, how many people could afford to see many major works of art? Reading a piece on French rugby last week, where the budget for one club can exceed the entire budget for all the Irish teams combined, the income derived from selling tickets to spectators was as little as 20%, the balance came through commercial activities and sponsorship, including television rights.  What price would tickets be if clubs had to run with just the income from spectators? More realistically, what might the clubs be like?

Shakespeare selling mattresses is probably what might have been expected as the logical outcome of society becoming a market where everything, and everyone, is treated as though they had a price label attached. People’s most intimate personal lives are the stuff of daytime commercial television, and journalists claim freedom to intrude into the private lives of people who have endured tragedies, but it seems that a point has come where thoughts on our very existence are no more than the stuff that advertisements are made on.