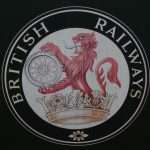 Michael Portillo’s railway journey on BBC 4 this evening took him on the Severn Valley Railway; it was a particularly good episode of the series, taking in Stourbridge and Bridgnorth and Bewdley. I know many colleagues who would have enjoyed the experience: theology and steam railways can have much in common. Steam railways are about tradition and beauty and creativity and order and community and about many other qualities to be found among the enthusiasts of the preservation societies that are often now lacking in the church.

Trains have always had a fascination for me. I know nothing of engineering or railway history, I couldn’t tell the difference between one locomotive and another, but much of the detail is simply the grammar of the language, a language that has the capacity to lift the spirits, to transport one to other times and places.

One Sunday morning seven or eight years ago, my friend Ben and I sat on the chancel steps of the church and discussed trains. There was another ten minutes before we needed to move and there were few people around. Ben had an intuitive sense that trains would catch my attention. We talked about the steam trains we remembered, each of them with their own character, and I tried to remember their colours.  “What colour was James, Ben?”

The morning service was 10.30 and it was 1025 when we got up from sitting on the steps.  Ben, who was three at the time, took his Thomas the Tank Engine cards back to the pew where his mum and dad were sitting and I went off to finish getting ready for the morning service.  Any of the hundred or so people who had come in the door would have found it odd that the Rector was sitting on the chancel steps talking to a small boy about railway trains.

It was a magical moment, for just a couple of minutes the world was suspended. What was it though about steam railway trains that captured the imagination of  a three year old boy? It was not as though steam trains were a common sight in 21st Century Dublin; it was not as though the stories of Thomas and his friends were filled with the action and adventure that are usually considered necessary to interest small boys. Perhaps railways appeal to something innate within us, perhaps Michael Portillo’s programmes will fascinate for decades to come, perhaps in forty years’ time Ben will sit and watch a hologram broadcast of a steam railway and will wonder why he is doing so.