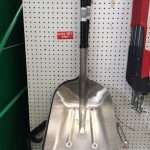 Moving from Northern Ireland to Dublin in 1999, there were many things that were different. One of the differences that came as a great surprise was that children of primary school children might act as school crossing wardens. Groups of six children, in high visibility yellow jackets and carrying crossing patrol signs would stand in two lines of three across the road allowing younger children to cross the road between the lines.

Given the concern for children’s safety in recent years and the desire to protect them from danger, it was a surprise to be travelling through Kilkenny this afternoon and to see six young people, in yellow jackets and with stop signs, being taught the procedures involved in their duties. Did the law still allow eleven and twelve year olds to control the traffic on busy roads?

The Citizens’ Information Board, no longer ago than January of this year, published the following details of the Junior Traffic Wardens Scheme.

It would have been easy to have concluded that there was perhaps a greater degree of responsibility and maturity in the community than might otherwise have been thought, were it not for the fact that the journey past the junior traffic wardens was to a local DIY store. On one of the aisles in the store, there was a rack of garden tools. Yes, the rack included axes, but they might have been displayed and marked separately; at each end of the rack, a notice in white lettering on a red background declared, “Over 18s Only”. Do we really live in a country where eleven or twelve year olds are to be trusted to control traffic during the morning rush hour, but where seventeen year olds cannot buy a shovel?