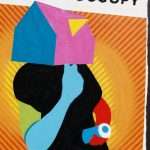 Not dreams in the sense of wishes and aspirations, not the things for which we might hope if we lived in an ideal world, but the odd, random, arbitrary and sometimes scary stuff that inhabits our sub-conscious. There is a lot of rubbish that can be simply discarded, yesterday morning I woke with a start after being asked to leave a club that I had entered with a swipe card after I had told the barman that I had no wish for food and would simply like a glass of beer. It was a pointless, meaningless dream, I have never belonged to any club anywhere and the chances of belonging somewhere that could only be accessed with a digitally coded piece of plastic are miniscule. There was a reassuring word in the dream that my membership card would not be withdrawn on this occasion. Perhaps it arose from some deep subliminal fear that I was going to be expelled from something, though, belonging to nothing, it would be hard to imagine the source of such a fear. It was not the sort of dream of which we are made on.

There are other dreams that have a far more profound impact. How often have people we know figured in our dreams in ways we might not have anticipated? How often has our attitude towards people been shaped not only by our actual experience of them but also by the way they have been perceived in our sub-conscious? Perhaps it is about exploring our feelings for people, though the explorations tend to be very odd. Sometimes a dream may prompt us to feel an affection for a person that we might not otherwise have considered. Equally, there may be people whom we have regarded as altogether benign who suddenly assume a malignant and dangerous air when they appear in the jumbled and illogical place that is dreamland.

It is not just people, either, places and events seem coloured by the sub-conscious, and it can play havoc with memories of the past, darkly shading times that were objectively not nearly as bad as they are now dreamed to be.

It is a troubling thought that dreams might be the stuff that our lives are made on, troubling enough to keep you awake at night.