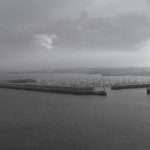 Imagine that you are in charge of the family budget but your conscience tells you that there is great need in the world and that you must do something about it.  So you tell the family that because this is the right thing to do, you are going to use the family budget to change the world. Of course, your family budget is so small that it doesn’t make any difference and the little you are able to give in more than outweighed by the wastage and corruption of governments.  What your budgetary changes do achieve is to make your family poor.  They can no longer afford to travel.  Some of them find the changes difficult, some are just plain cold.  Some younger members of the family get fed up with you and your principles and leave the family to go somewhere less miserable.

Of course, your principles were right ones and if they hurt some people more than they hurt you, well, that’s the way of things. You might have achieved nothing, but you will have done the right thing and you have a clear conscience.

It’s a silly idea, isn’t it? No-one would cause economic hardship and unhappiness for the sake of their principles, would they?

Ireland accounts for 0.12% of global emissions. Even if Ireland closed down tomorrow; if we ceased all activity; got rid of all the cows; stopped the cultivation of the land; ensured nothing moved anywhere, the reduction in carbon emissions achieved would make barely a dent in the annual increases of emissions from China and India.

Meanwhile, back in Ireland, we are subject to increasing bills in the name of reducing emissions.  Agriculture is heavily regulated; cars are taxed more heavily; products bear charges, people face bigger energy bills. Those making the decisions are middle class, the additional costs do not affect them, they will not face hardship. How many of those who speak at environmental conferences are to be found counting out their last coins at supermarket checkouts?

Climate change is a reality, there are undeniable changes; what is not a reality is that our efforts will have an impact upon anyone other than the poor and the vulnerable.