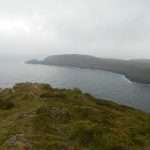 Sitting pondering the business of a long day, a friend commented that it was time to adjourn, but doubted he would sleep well, being away from home. Dreams bothered him, a sense of falling and falling was the most common. Not given to dream interpretation and not much impressed by the unscientific ideas of Freud, we were inclined to the view that the dreams arose from a sense of insecurity, disorientation, dislocation. Even in childhood years the dreams of falling were common and perhaps they will remain throughout our lives, but no-one can assert with certainty the meaning of such dreams, for certainty demands testing and re-testing a thesis until all reasonable doubt is excluded, and how does one apply such methods to the unruly world of the subconscious?

The friend’s dreams of falling must be widely experienced because it is the stuff of an Ikea television advertisement, a woman falling and falling from bed to bed in the sky until landing in the softness of her own bed in her own apartment, presumably an Ikea bed. The words spoken by Prospero in Shakespeare’s play The Tempest provide the background narrative as the woman is pictured falling and falling and falling:

Our revels now are ended. These our actors,
As I foretold you, were all spirits and
Are melted into air, into thin air:
And, like the baseless fabric of this vision,
The cloud-capp’d towers, the gorgeous palaces,
The solemn temples, the great globe itself,
Ye all which it inherit, shall dissolve
And, like this insubstantial pageant faded,
Leave not a rack behind. We are such stuff
As dreams are made on, and our little life
Is rounded with a sleep.

Perhaps the falling sensation is an acknowledgement of that downward slide, that sense of being unable to even slow down, let alone to stop or return to a former height. Perhaps the dreams that haunt us have explanations far simpler than we would wish to accept. 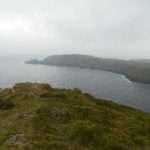