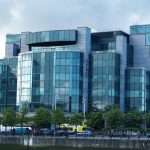 I have sympathy for Enda Kenny, imagining he had been told that the army would have to protect the banks in 2012. Misremembering is something to which I am prone myself, except I am not taoiseach.

My misremembering started with Joe Corrigan. Attending football international matches at London’s Wembley Stadium in the spring of 1978, moments that left a deep impression in the mind of a seventeen year old, there was no doubt in my mind that Corrigan had been the England goalkeeper in England’s 4-1 defeat of Hungary in May 1978 and that Peter Shilton had been in goal for the 1-1 draw against Brazil a month previously. Had it been a question of standing in court and affirming that Corrigan had been there at Wembley on that May evening, wearing the No 1 shirt, I would have declared that I was present and would have had unwavering confidence that it was Joe Corrigan I had watched.

Footballing memories differ from most others in that they are easily verified, or disproven. Even before the days of the Internet, there were dozens of books of footballing facts and statistics; whole annuals that had nothing other than the sort of details that might need correction.

But the false footballing recall raises questions: if I was so adamant in my belief in the presence of Manchester City’s Joe Corrigan at Wembley Stadium on 24th May 1978, so certain that Hungary’s single goal was scored against him, and was completely wrong, then whatever clear memories might be mistaken? If I could recall being in a Dublin suburb on 14th May 1994, though could not have possibly been there, are there other recollections that are not just inaccurate, but entirely fabricated?

Perhaps the false memories are about managing difficult times. I would have been a Chelsea supporter in younger days and perhaps the recollection of a match, that had I probably watched, as something that I heard about on a car radio in the pleasant environs of Blackrock was a way of anaesthetising a painful thought. Perhaps, like remembering Joe Corrigan, the memories are simply mistakes. Whatever the reason, there are plainly remembered facts that are plainly wrong, but perhaps for a good reason; perhaps Enda Kenny’s memory of the army helped him get through the virtual collapse of the currency.

If social networks have no other function, they can at least help one cope with the problem of misremembering. Enda Kenny doesn’t even need to go online; the journalists will remind him.