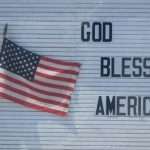 A BBC journalist, reporting on last week’s debate between the contenders for the United States Republican Party’s nomination in next year’s presidential election, referred to some of the candidates fighting “to become the standard bearer of the radical right.” It seemed an odd term to use “hard Right”, maybe, “extreme Right”, possibly, but “radical Right?” The Republican Party in its very essence excludes the possibility of a candidate belonging to the radical Right.

The radical Right is about libertarianism, about a society based on the principles of John Stuart Mill, where the only limit on individual freedom is the point where that freedom impinges upon the freedom of others. A radical Right manifesto would demand the reduction of the powers and activities of the state to the point where government’s activities extend no further than the protection of persons and property and the ensuring that markets are free and fair. It is a vision of society that espouses individualism and laissez-faire economics. It might be far removed from the social democracy that pertains in most European countries, but it has an integrity, a consistency that is entirely absent from the policy platforms of the Republican Party candidates. Read Milton Friedman’s “Capitalism and Freedom”, a classic text for Right wing radicals, and one cannot dispute its thoroughness.

While opposing the welfare model adopted in European societies, arguing that people must be responsible for themselves, Right-wing radicalism would also oppose the massive military complex so favoured by Republican politicians, it would oppose overseas interventions and disastrous invasions that bring huge costs in lives and resources.  Being radical Right would mean not being in the pockets of corporate donors, who pour millions  into campaign funds in the hope of policies favourable to themselves, because those very donors would be anxious to prevent the free and fair markets that Right-wing radicalism would seek, for capitalism only really works when markets are allowed to operate efficiently.

Right-wing radicals would regard social conservatism as belonging to the private and personal sphere, they would regard religious belief as something that should be confined to home and family, the market being the arbiter of what is and what is not done. If individuals choose to live in a particular way, providing their choices do not impinge upon the freedom of others, then no state authority should be allowed to intervene.

No proponent of the policies of the radical Right is ever going to gain the endorsement of either party in the United States, both of which are so representative of the vested interests in American society that libertarian politics would never be contemplated. Libertarianism, with its emphasis on the progressive reduction of the powers of the state, is anathema to those whose vision is of ever increasing power for themselves.

Realistically, if the term “radical” is wholly inappropriate, and the terms “hard” and “extreme” are rejected, then what label does one apply to candidates dedicated to upholding the privileges of a small, very rich minority, and certainly opposed to individual liberty? Look at the funding of the candidates’ campaigns, look at the tame media outlets, that question personality but never fundamental principles, perhaps “crony Right” is most apt. 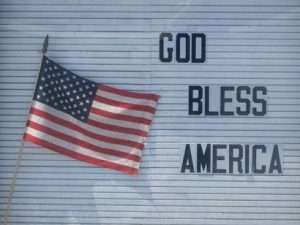