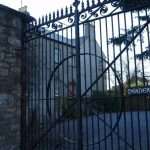 The Church of Ireland’s requirement that a clergyperson be in possession of the house provided by the parish means the time spent waiting this evening before going to conduct funeral prayers at eight o’clock is spent in a five bedroomed 1960s house in which I have just four rooms furnished. The central heating is efficient, but it’s much simpler to turn on a convector heater and sit in the study. The desk lamp glows through the window, passers by knowing that the rector is in residence.

The home we have furnished is a rambling Eighteenth Century house in the middle of Kilkenny, where church rules require my wife reside. It is a protected structure where even double glazing is barred by the conservationists, one wonders if the curtains in their homes billow out on windy nights and how they excuse the massive consumption of fossil fuels required to give the place even a slight feeling of warmth.

What is baffling is what spiritual purpose is being served by the retention of such properties and, at a time when resources are not plentiful, what rational argument there could be for tying up so much money in buildings that are hardly used. Parishes now are so large and sprawling, my own being four former parishes, each of which once had its own rector and its own rectory, that arguments about being part of the community to which one ministers are for the most part redundant. (One of the parishes to which I minister is thirty-five minutes drive away, in a different county). Anyway, it is not as though the priest creates the community, the community was there before he or she arrived, and will be there long after he or she has left; the location of the priest’s residence seems quite incidental to whether or not a church flourishes, (in my own case, the church that is growing is not the one to which there is a gateway just a few steps from the front door of the house in which I sit, but one some miles out of the town).

Perhaps I am driven to the conclusion that it is about mortification of the flesh, that many church houses in the Twenty First Century are modern forms of some form of medieval penance, that it is about being cold for Jesus. 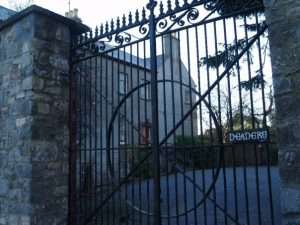