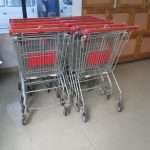 Rwanda is moving quickly – the emergence of a new middle class driving change noticeable to even casual observers. There seems a streak of ruthlessness in some development, poorer housing areas being cleared to make way for grand bourgeois dwellings, local authorities demanding that new construction meet standards previously unimaginable. Rapid transformation of the urban landscapes is creating a country unrecognizable to former generations.

Riding through a provincial town gave cause to ponder whether the policies being pursued were the wisest choice, whether or not the process was not causing an ever-widening gap between urban company employees and rural communities subsisting at a level no better than that endured by peasants in former centuries.

An inapt analogy came to mind, whether a football team that was developing and winning competitions or one that was struggling and always near the bottom of the league would attract the most investment? Of course, the answer was obvious: sponsors and investors would far more readily put money into a winning club than into a losing one. People are not football teams, though, the strategies pursued in building a successful football team are not those one would choose in striving for social development. But maybe the analogy of a company is much closer, which company is going to attract investment, that which is growing rapidly and which has grand plans for the future, or that which is losing money and which seems likely to drift towards bankruptcy? The directors of a company may have to take difficult decisions, they may have to risk unpopularity, but if they are to secure the economic future of the company and those who work for it, then the hard choices have to be made.

If Rwanda is to attract investment from overseas, it must show that it is developing, that those prepared to part with their money are putting it into a country which is in an upward spiral. There is little sense of philanthropy at such levels of finance; returns are expected and, if the prospects of a return are slim, then the money will not be forthcoming. A middle class English liberal passing through an African town and wondering about the wisdom of the government of the country does nothing to change the reality of life for those who are poor. The development policies changing the urban scenery may not seem the most sensitive, but, if they bring investment, they will change the lives of everyone, and if they do not work, the worst that will have happened is that the landscape will look different. 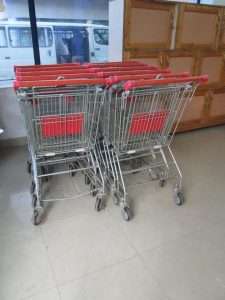