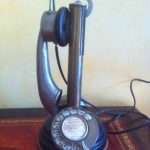 Two degrees south of the Equator, in a small landlocked African country, I can take my phone from my pocket and call or send a text to whomsoever I wish. I can take photographs and send them across the world. I can wander into a cafe and use the Wifi to access the Internet and all that it offers by way of email and social networks. The “smartphone” must be the current peak of the consumer age, an age for which today was long a feast day.

The 8th December, the day on which Irish Catholics traditionally celebrated the Feast of the Immaculate Conception, the day on which they believe the Blessed Virgin Mary was conceived, was an important holy day for generations; not for completely religious reasons. The closure of the schools for the holy day, particularly in the country areas, provided an opportunity for a day’s Christmas shopping. Families would travel up to Dublin for the day to see the lights and to buy things that would have been unavailable to them in small rural communities. The tradition continued until recent times, but with the spread of shops and the easier access to cities the day in Dublin became less popular.

When one looks at our contemporary world there seems a distinct lack of optimism. The major scientific advances of the early and mid-twentieth centuries are not being reflected across the full spectrum of human activity. Travel technology has hardly moved on since the 1960s. Our ability to go into space has been in a similar state of suspended animation since the days of the Apollo missions. In agriculture, many developing counties are still recovering from the impact of the “Green Revolution” and are endeavouring to recover traditional crops and methods. Many university science faculties would protest at length about serious underfunding.

Where we have made huge advances is in those areas where there is a market; where people can shop for the products. Pharmaceutical companies have prospered, particularly where drugs have offered lucrative returns. But nothing can compare with the information technology revolution, computers, telecommunications, television and music systems, including many devices anyone over thirty would struggle to operate; there are things we could not have imagined thirty years ago. There are times when it seems that the whole of human scientific endeavour has been directed towards attaining the point where spotty youths on trains can sit with their feet on the seats sending pointless text messages to friends they saw five minutes previously, or will see in five minutes time.

Scientific research is only possible with funding. Available public funds have been severely reduced by the recession. The private sector depends on profit so will tend to provide funding where research can be shown to contribute to a growth in income. The situation created, in blunt terms, is that science will produce whatever we will shop for. Extraordinary mobile phones are possible because there are people with money to pay for them, while elementary illnesses persist in Africa because the people cannot afford to pay to end them

Maybe, when western society finally collapses because there is nothing left to sustain it, the reason will not be that our countries had been invaded or had been swept by some ideological revolution; maybe the reason will be that all we could do was to go shopping – and buy smartphones. 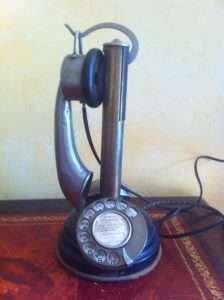