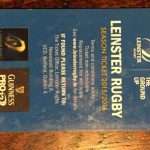 There were 44,925 supporters at the Leinster versus RC Toulon rugby match at Lansdowne Road yesterday evening, it was the sort of crowd that would have been the envy of many soccer clubs and was all the more remarkable because Leinster had already lost all three of the matches they had played in the Champions Cup competition and, for practical purposes, were already eliminated.

Leinster got off to a good start, taking a 16-5 lead by the half-time break. In the second half the sheer physical strength of Toulon began to tell, their line up of international stars slowly ground down Leinster and they triumphed 20-16. Perhaps the result was inevitable, perhaps the surprise was that the match remained competitive for eighty minutes.

Leinster’s problem is one of resources. Home crowds, even in  a poor season, are still comparable with those of the top French and English sides, but their budget is but a fraction, the French clubs have the sort of budgets of which Irish teams might only dream. In August, the Ligue National de Rugby published the provisional budgets for  the Top 14, the first division of French rugby, the clubs had an average budget of €21.5 million for the 2015-16 season. It is an average that might be an understatement of the full levels of expenditure. Clubs are subject to a cap of €10 million per season for salaries, but some have been creative in ensuring players have the opportunity of augmenting their earnings through activities such as product endorsements, Toulon are said to be particularly resourceful at finding such openings for their star players.

When one compares the financial resources available to the French clubs with the spending power of the Irish Provinces, the gulf is apparent. Prior to the domination of European rugby by Toulon, Leinster had been European champions for three seasons out of four, they must have survived on a shoestring. The Irish Rugby Football Union stated its “professional game” costs for 2013-14 were €31.8 million; in that same season, the Stade Toulousain budget was €34.97 million. In other words, the budget for running the Irish international team, plus Leinster, Munster, Ulster and Connacht professional teams, was less than that for Toulouse. Even after cutbacks, the Toulouse budget for 2015-16 is €30.9 million, a figure probably still comparable with the costs of the professional game in Ireland, a figure that is probably three times the budget available to Leinster. Being realistic, French clubs competing for promotion from Pro Division 2 probably have greater resources.

Economics tends to be the final arbiter in most matters. In a professional era clubs with spending power will increasingly have pick and choice of players. Rugby seems likely to go the way of soccer and become a question of who has the deepest pocket.

The conversation after the match yesterday was about how Leinster might improve; the honest answer is that it may not be possible. 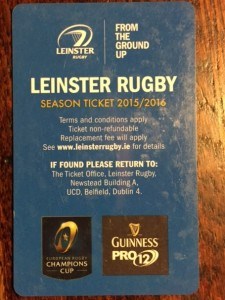