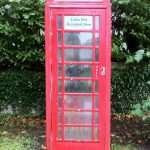 “Cellphonophobia” seems the latest affectation by those who wish to control others. The sort of person who likes to be the centre of attention, the person who has a view on every subject, is the person who now complains loudly that there are people in the group who are paying attention to their phones and not paying to the  speaker. As someone who has spent decades being subject to people loudly expressing their views, having endured those who thought their stories were hilarious, their opinions were authoritative, and their experiences unparalleled, it has been a delight to escape into my iPhone. But now the cellphonophobics are accusing me of being “anti-social”; the cellphonophobics are saying that social life is suffering, that people should not be allowed to use their phone, that those who have escaped the influence of the latter day class bully must again sit up and pay attention.

Perhaps that is an extreme characterisation of the situation, but no more extreme than the suggestion that social interaction has somehow suffered fundamental damage because of the advent of new technology.

The bore who uses their mobile phone in public places, subjecting everyone on the train to their shouts that they are “ON THE TRAIN,” or appears to assume that everyone will be passionately in their latest business deal, is little different from the person who expects to dominate the conversation at the dinner table; why should others who quietly get on with their lives suffer opprobrium because of the behaviour of a few?

To be honest, I rarely use my phone for a telephone conversation. Quick communication is by text, or iMessage, or What’s App, longer communication is by email. My phone connects me to the daily life of my scattered family through Facebook, there is routine interaction between family members on either side of the Irish Sea. Facebook brings also opportunities to link up with friends, some of those friendships stretch to childhood days. My phone connects me to the Internet and to the infinite possibilities that the web offers, including stuff like this blog. My phone has a selection of my favourite music, though, to be honest, I much prefer CDs to the soulless digitised storage of music. Now that the mobile telephone network signals have improved in rural Ireland, my phone has become the means of listening to the BBC while driving through the Irish midlands, particularly to BBC Radio 4 Extra.

The cellphonophobic suggestion that social life is suffering because of technology is a failure to recognise that social life has changed, that people now interact with more people and more frequently than ever before; the phone has opened up a new world that no-one had imagined twenty years ago.

The phone puts potential into the hands of the quiet, ordinary person. Of course, if someone has been used to dominating others, it has undermined their standing, little wonder that they now complain loudly about those who pay attention to the screen of a phone and not to them. 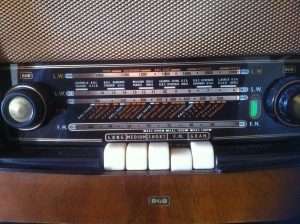