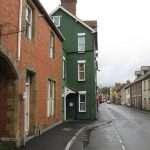 “The Somersetshire people are of large size and strong, but in my opinion are very slow and lazy and are very much given to eating and drinking,” thus wrote William Holland, an irascible priest of the Church of England around about 1797. Somerset people would not have regarded the passing of New Year’s Day as an end to the midwinter celebrations and Holland would have disapproved of much that happened in the county in January of each year, particularly the customs surrounding “wassailing.”

The wassail was a ritual asking God for a good apple harvest, it traditionally took place on Twelfth Night, 5th January, the eve of Epiphany and last night of Christmas. The ritual predated the adoption of the Gregorian calendar so continues to be observed twelve days later in some communities.

The wassailing tradition was strong at home.  The local tradition was to fire shotguns up through the branches of the apple trees to ensure a good harvest, along, of course with much eating and drinking. The Somerset Wassail came from my home town of Langport.

Oh where is the maid with the silver-headed pin
To open the door and let us come in
Oh master and missus, it is our desire
A good loaf and cheese and a toast by the fire

The girt dog of Langport he burnt his long tail
And this is the night we go singing wassail
O master and missus now we must be gone
God bless all in this house until we do come again.

William Holland would have disapproved of such customs because they were, of course, pagan, but is there is much among the range of Christmas celebrations that is not pagan? When American traditions of Santa are embraced without question, to the extent that it would be a 21st Century heresy to go on radio or television and express doubt concerning his existence,  a bit of home grown paganism seems very inoffensive. 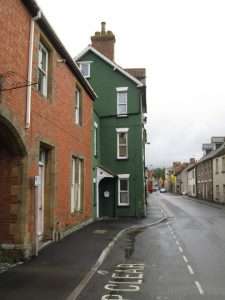