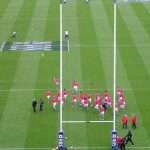 BBC rugby commentary, at the half-time break in the match between Ospreys and Leinster, reported that the Welsh international captain Sam Warburton had admitted that he once forgot his brother’s birthday, despite that fact that his brother was his twin. To someone who has forgotten his own children, Warburton’s lapse of memory did not seem such a great failing.

When our son was three years old, he attended a play group for three mornings each week from 9.30 until 12.30. One Wednesday came and I was preparing to drive to Downpatrick just after midday; the telephone rang. I took the call, chatting amiably with the caller who was phoning from Co Wexford. It was not often to get a long distance call in the days before competition in the telephone market.

After around ten minutes, the call ended, and I returned to what I was doing. At 1.30 pm, an hour after poor Michael should have been collected, I suddenly sensed that something vital had been forgotten. Flying down the road, the four miles to the town were covered in record time. He had been taken into the day nursery adjoining the play group and was sat on the knee of one of the staff. His duffel coat was buttoned, his hood up, his eyes were red and tears poured down his cheeks. It was pointless to tell lies. I apologized that I had forgotten and was handed a sobbing bundle with stern words from the carer.

A decade later, and such lapses of memory were still possible. We were living in Dublin, and Michael, who would have been around fourteen at the time, was lying on his bed reading. The front door was no more than 15-20 feet from his bedroom door and he heard me key in the intruder alarm code and slam the front door behind me. Only then did he realize that if he left his room he would break the beam in the hallway and trigger the alarm. There was a rebuke that evening – it was a failure that would be remembered.

There is an awareness that there were too many failings over the years. It wasn’t just just the days when I actually forgot them; it was all the days when other things took priority. When things were planned, or engagements were accepted without thought of what other hopes there might have been for the day.

There is probably an unspoken deep resentment toward the church in our house.  I hope Sam Warburton’s brother does not feel similarly towards the game of rugby. 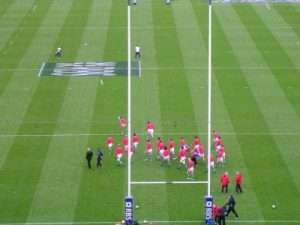