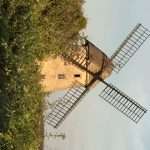 Sixteen years of living in the village, 1967-1983, probably hardly qualifies it for the description of “home”, but it is where my parents have lived since 1967, and in the absence of anywhere else, it is the place I describe as “home”.

Time was when I might have named the families living in every house in High Ham; well, in the ordinary houses anyway, it was hard to know the people in the big houses, they had little interest in schoolboys on bicycles. Little seemed to change, though it, of course, did; it was just that when you are a child, time lasts very much longer.

There was nothing remarkable about our area of Somerset. With the exception of Glastonbury, now world famous for its pop festival, few people would have heard of most of the places. “Undulating lowland”, the geography teacher called it. Some of the undulations were steeper than the picture of gentle rises and falls might suggest, particularly when pushing a bike up them, but it was a fair description. Much of the countryside around had been under water until the reclaiming of the levels; the county’s name derives from the fact that it literally was “summer lands”, in the winter the pastures disappeared.

A village green laid out in the saltire pattern of the flag of Saint Andrew, the patron of the parish church, was crossed by the nearest thing we had to a main road, though even it did not manage the status of a ‘B’ designation. The level of traffic was sufficiently low to allow racing one’s bicycle around the corner without fear of collision.

Travelling through the darkness of a January evening, were it not for cars along the roadside, the time could have been any in the last thirty years. “Unchanging” hardly expresses the continuity of the place.

Perhaps it’s being unchanging, unremarkable, undulating, that gives somewhere an English quality. These are the people who go to work every day, paying the taxes that allow the Government its adventures; these are the custodians of the landscape that is passed from generation to generation. It is these small, anonymous, and unremarkable places that provided the soldiers for generations of wars.

The village, and its innumerable counterparts across the shires, provide Chesterton’s people of England (though even Chesterton would have been viewed with suspicion in our village). Unmoved in generations, it is their capacity to cope with every circumstance that allowed the most stable political regime in the world – a country not invaded in nine hundred years, a country without a revolution in more than three hundred.

Walking to the green and back as the temperature fell towards zero, passing a dozen or so cars parked at the village school, their owners presumably at a meeting; there was a sense that those who had retained intact so much of the past were a people not be underestimated. 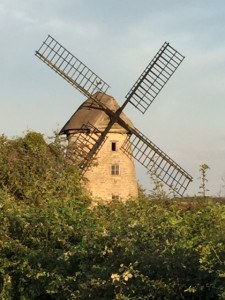