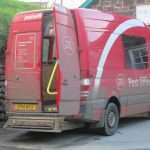 It was on this day in 1829 that Johann von Goethe’s “Faust” was first performed – the tale of a man who agrees to serve the Devil in Hell in return for having the opportunity to discover all the knowledge he wanted in this life. It was a thought with which to ponder the the innumerable empty business premises through which we passed on a day out in Devon and Cornwall.

But we didn’t suddenly lose our soul; like Faust, we chose to do so.

We chose the supermarket over the village shop. We chose driving five miles to save a few pence a litre on our petrol. We chose to send our children to schools with better “facilities”, instead of the simple country schools. We chose to commute distances for better pay, leaving us away from home for longer and longer hours.

We chose a world where the last petrol pump disappeared; where the sub-post office was closed; where there would no longer be a shop to buy those things we suddenly found we lacked.

The countryside didn’t die suddenly, it died gradually as person after person was lured by Mephistopheles in the guise of Tesco and Sainsbury and all the other big stores; with goods sold at cost price; and filling stations that give discount to those who have used the store; and loyalty card schemes that track every item you buy; and advertising budgets to encourage the waverers.

Goethe’s telling of the legend of Faust has a redemptive twist at the end of the tale. The Devil comes to claim Faust’s soul, in completion of the bargain that Faust made, but the Lord intervenes to save Faust.

Could there still be redemption for us? Can we recover a sense of community? A sense of the value of something other than raw cash? Or have we sunk so far into the clasp of darkness that our countryside will for evermore remain a place where business and employment are only memories, and where even the post office comes in a van? 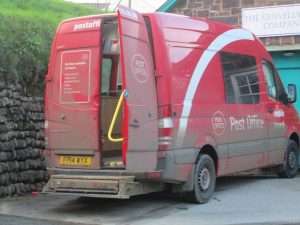