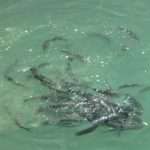 BBC 4 broadcast a 2014 interview with the delightful Andrea Camilleri, creator of the inimitable Sicilian detective Montalbano. Eighty-eight years old when the interview was recorded, Camilleri possessed the mental agility of one decades younger.

“How long did you return regularly to Sicily?” asked the interviewer.

Camilleri answered without hesitation, “For as long as I was young . . . until I was eighty.”

For someone who is fifty-five years old, the idea of remaining young for another twenty-five years seemed an extraordinarily positive perspective.

Camilleri’s idea that one could remain youthful for four decades recalled an Englishman called “Bob” met on an Austrian ski holiday in 2008. Bob was in the advanced skiers’ group, starting to ski late in life he had progressed well. A gentle, softly spoken man, he was undemonstrative in his manner, but elegant as he came down the piste. Bob was seventy-seven. Being forty-seven at the time, it seemed inspirational to think that thirty years later there might still be possibility of coming down a black run.

Andrea Camilleri seemed the sort of person who would have undertood Bob, as he might have undertood Elizabeth, an eighty-eight year old lady I used to meet when visiting her ninety year old sister. One afternoon Elizabeth and her sister were remembering girls they had known at the North Wales school they had attended; an old photograph recalled a friend called Kay.

“Where did Kay live?” I asked

“Oh, she and her husband still live in England.” Elizabeth answered and pondered for a moment, reflecting on thoughts of Kay.

“Do you know?” she said, “Kay and her husband took their car and caravan across to France every year until last year. I can’t think why they didn’t go this year.”

“Kay was in your class at school?” I asked, wanting to ensure I had understood the story correctly.

It would have seemed the height of impertinence to have suggested that at eighty-eight years of age, Kay might have felt that her caravanning days were done. It had been a special moment, watching the face of that indomitable little lady for whom age was no barrier whatsoever. If it is possible to go caravanning in France at the age of eighty-eight (though a camper van would be preferable), then what is there that is not possible?

Andrea Camilleri says he wrote a concluding novel of the Montalbano series in 2005 so that the story would be complete in case he should develop dementia and the series be unfinished. The end of the Sicilian detective has not come; perhaps, like Camilleri, he will remain young until he is eighty. 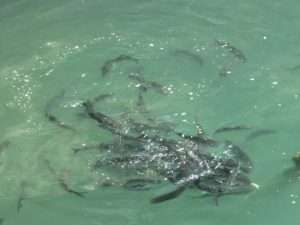