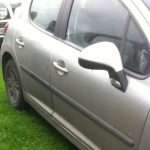 Allowing plenty of time to reach a meeting at 10.30 am, driving north from Kilkenny, at the roundabout where the roads to Ballyragget and Castlecomer diverge, the car suddenly lost power. It slowed to crawling speed and attempts to accelerate brought no response. The junction has wide kerbs and it was fortunately possible to pull the car off the road; another hundred yards and the halt would have come on a narrow and winding stretch, without hard shoulders or verges, where articulated lorries travel at all hours of the day and the night.

Taking the AA membership card out and dialling the breakdown number, the screen on the phone suggested instead using the AA map as it would allow them to plot the precise location. It worked – entering the car registration and the mobile telephone number, all that remained was to press a button marked, “Rescue Me.” The app was very clever, it tracked the journey of the breakdown van; half an hour after the message was sent, help arrived.

The car was behaving strangely, it would start, but it was not possible to get the engine to exceed 1200 rpm, power enough to move at walking speed but no more. The mechanic plugged in a diagnostic device which advised that the EGR valve was faulty. He explained that it might be possible to clear it, but that the car might go for only a short time before it failed again. It would be best it went for repair. A folding trailer appeared from the back of the van and the front wheels of the car were driven up onto it and we travelled north to the Pike of Rushall to the workshop of Eric, a genius among mechanics. A part would need to be ordered, but it would be a day at least before the car was back on the road.

One does not fully appreciate things until one no longer has them, no more so than when one is without a car! It’s not a long walk down the street, but the wind is bitter and the rain is biting, and the weather app on the phone says that while it might be four degrees, it feels like minus three. Investigating the possibility of taking a bus back to Kilkenny, it appeared that the only option later in the evening was a bus to Dublin and then one from Dublin to Kilkenny, arriving in the early hours of the morning. How do people without cars cope? Why don’t those who impose taxes on vehicles and fuel come to see that what might be a luxury in suburban Dublin is a necessity for normal life in rural Ireland?

The only positive thing about the day has been to learn that EGR means “exhaust gas recirculation,” that it is in the most inaccessible part of the engine, and that a new one is going to cost the best part of €300. Expensive lessons. 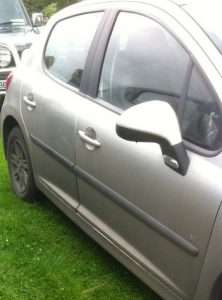