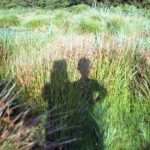 The criterion for the selection of the books is fairly arbitrary, if there is a Penguin Classic edition, then it is a classic book worth reading. So it is that since last summer Victor Hugo’s Les Miserables and Leo Tolstoy’s War and Peace have been read, at the rate of ten pages a night, it taking one hundred and twenty nights to read  Les Miserables and one hundred and thirty-six nights to read War and Peace. After such substantial works, something manageable in a shorter time span seemed attractive. E.M Forster’s A Room with a View with just one hundred and ninety-six pages was a prospect altogether less forbidding.

Perhaps it is because the task is less laborious, perhaps Forster wanted his characters to speak with a pithy significance, anyway, the story seems peppered with significant comments. George Emerson, who with his father is regarded as an arriviste by many of the others in the story, gets some of the best lines.

George Emerson’s words recalled those of the actor Paul Eddington, a man whose acting career brought laughter to millions.  In a television interview when very ill, he commented:

“A journalist once asked me what I would like my epitaph to be and I said I think I would like it to be ‘He did very little harm’. And that’s not easy. Most people seem to me to do a great deal of harm. If I could be remembered as having done very little, that would suit me.”

The thought of standing in a place where one’s shadow causes least darkness, and where there is the most light, seems a thought that by itself makes a book worthwhile. 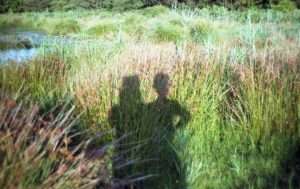