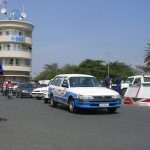 A message came from Bujumbura this evening, a friend is a pastor there. The message spoke of grenade attacks in the city centre, attacks that had been reported by the serious news media, those that include stories from Africa in their coverage; but it also spoke of kidnappings and murder, stories that had gone unreported. A catechist from the friend’s church had been abducted and the church had paid a ransom, others who had been abducted had simply been killed.

To hear the news from that tiny country is to experience a deep sense of frustration at a complete inability to do anything to change the situation. Anyone who has been to Burundi will know that there is no hope of any improvement coming from the government there, Transparency International rate it as among the most corrupt countries on earth, it stands alongside Zimbabwe in the rankings; it is hard to imagine anywhere could be comparable with the appalling Robert Mugabe. The Burundian president suppressed any opposition and stole an unconstitutional third term last summer – the prospects of him ever leaving power are remote.

And if the government will do nothing, there is little more hope that change might be effected through agencies. Having visited in 2009, 2011 and 2012, there had been a sense that little or nothing could be done, money disappeared into local pockets, or, in the case of one grant for €16,000 to an agency in London, never reached Burundi in the first place. (They claimed that they had set their budget for Burundi for the year and that the grant would go into their general funding, the local project not receiving a single cent of what had been sent from Ireland as additional funding.)

So if not government and if not agencies, who? Maybe individuals can bring changes, but where mass movements grow from individual initiative, it is almost always within the context of Western democratic societies. Raise a voice of dissent in Burundi and the president will quickly send armed men around to ensure the expressions are not repeated.

Perhaps, most depressing of all, is the fact that no-one cares. Were these stories of events in Europe or North America or Australia, they would be headlining the evening news, but in a tiny mid-African country without wealth or influence, they are reports that go unaired.

Our friend has lived and worked in Europe, he has travelled through the United States, he knows that no-one cares. He knows that the entire population of his country could be dying and the story would still come below tales of royal babies and celebrity marriages. What is there that one could say to him that is more than hollow words? 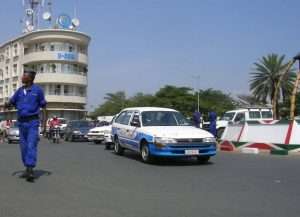