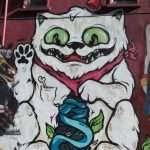 An episode of The Twilight Zone was aired yesterday evening. BBC Radio 4 Extra preceded it with a programme on Rod Serling, the creator of a series that still has an evocative power more than half a century after it was broadcast. The theme music was played and there was an involuntary shiver, a vague and unidentifiable sense of fear. The programme was first broadcast in the United States between 1959 and 1964 and was presumably carried on British television sometime later. Being born in October 1960 and having no memory of ever seeing any episode, it is odd that the music should find some deep subliminal resonance.

Snatches of science fiction programmes linger in the memory –  Lost in Space and Doctor Who on a small black and white television screen. There were others, the names of which, if they had ever been known, have long since faded into nothingness. One sequence a few seconds long still has the power to stir a feeling of disquiet – a flying saucer comes down and the man in the story realizes he cannot escape; he walks onto the craft to meet himself dressed in a spacesuit; he sits behind his alien self and the spaceship leaves the Earth. It was not the simple abduction that seemed so frightening, it was the idea that there should be someone else who was identical and who would be responsible for the abduction. Perhaps episodes of The Twilight Zone were among the memories lost, leaving only a recognition of the music and an irrational sense of insecurity.

The programme exploring the character of Serling and the background to his work suggested The Twilight Zone derived part of its power from a widespread sense of apprehensiveness about the future of the world. There was a palpable feeling of fear that a nuclear war would bring an end to human existence. The fear of such a conflict seemed to colour reactions to every other scientific development, the advent of space exploration bringing not only reassurance, but also speculation concerning extra-terrestrial life forms and the devastation that might be brought to the planet by such aliens who would possess technology far more powerful than anything on Earth.

Yet fears of nuclear war would hardly have affected a child of hardly more than four or five years of age, there must have been something deeper, something primordial, evoked by the theme tune; something so deep that even a few notes are enough to have an impact. Fear of the unknown would hardly explain it, at such an age, everything is unknown; the fear perhaps instead derives from an undermining of the childhood sense of confidence that adults have the answer to everything. 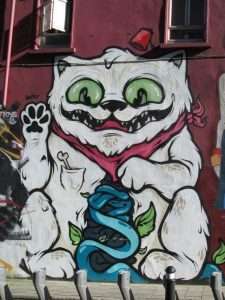